Goldenpaw’s glorious first article, discussing some of the absolute worst cats in Warriors. 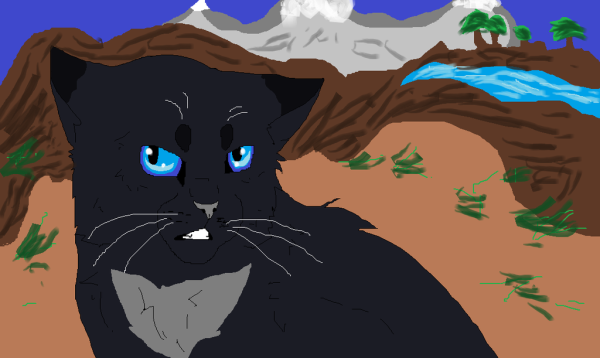 So… This is my first article…. I started BlogClan about 2ish months ago I think. I love this place and all the people on it. You all are so caring and helpful, comforting me when I need it. Thank you, I have never had such a great group of friends. So here’s my least favorite cats. I do not mean to offend anyone and there are spoilers!

Ok, so I just don’t like him he doesn’t care about his kits or Daisy. I think he might’ve loved Daisy but then abandoned her when he found out she was having his kits. But I think this is partly Ferncloud and Dustpelt’s fault since they didn’t really pay attention to their kits except for Birchfall. One of the reasons I really don’t Spiderleg that he never made it up to Daisy.

Millie is just annoying to me. She didn’t pay any attention to Blossomfall or Bumblestripe after Brairlight’s accident. I think Graystripe only loved her because she reminded him of Silverstream, and she knew that. The only time she paid attention to Blossomfall and Bumblestripe is when she’s snapping at them. It’s her fault Blossomfall trained in the Dark Forest, because she felt abandoned. Millie also always thinks Jayfeather’s remedies for Brairlight are wrong. She’s not a medicine cat!

Oh I forgot! I won’t be adding any evil cats like Tigerstar or Scourge because I don’t think any of these cats are evil I just don’t like them personally.

Okay, so I liked him in the second series but after that he just became a jerk. He didn’t love Nightcloud and I feel bad for her. It’s his fault Breezepelt trained in the Dark Forest, he didn’t show any love to him. He was also unfair to Leafpool in the second series, making her chose like that.

He abandoned Tallstar because he didn’t like tunneling! He didn’t talk to him and made him feel bad. He also then blamed him on Heatherstar closing the tunnels. I didn’t understand why Tallstar wanted to avenge his fathers death after that.

Okay there are lots of reasons why I don’t like her but here are a few. First she abandoned Crookedstar, who was then Stormkit after his accident. She made Hailstar change his name to Crookedkit after he broke his jaw. She also never apologized to Crookedstar. And lastly she LOVED OAKHEART MORE! Well, she shoulda known that a cat that’s to full of himself would think that it’s okay to become mates with a cat from another Clan.

I’m sorry if I offended anyone in any way, these are my opinions and I’m sorry if the article is bad: I’m not very good at writing.