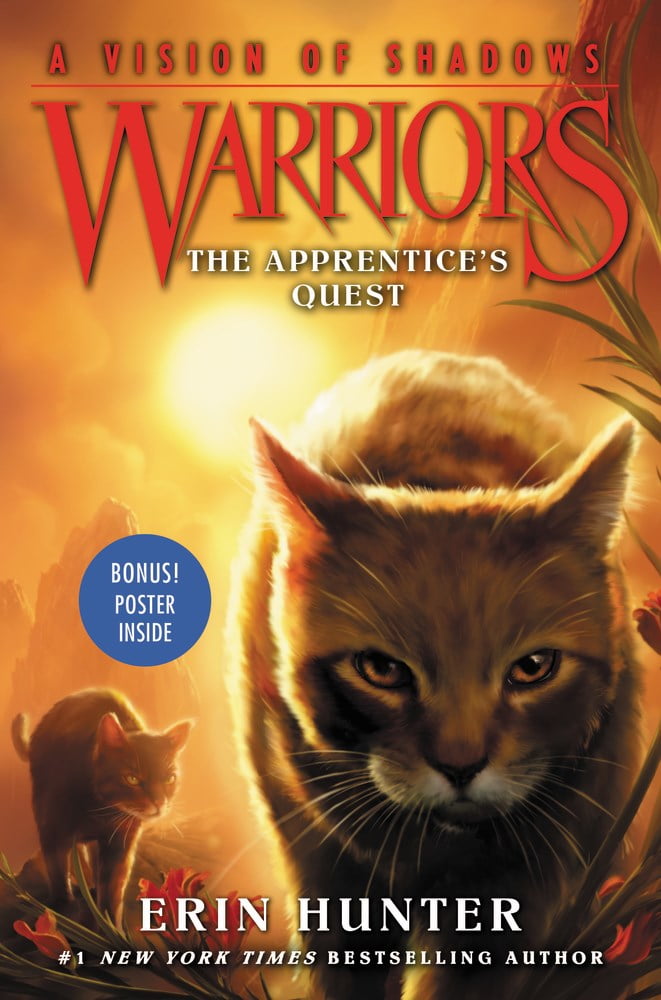 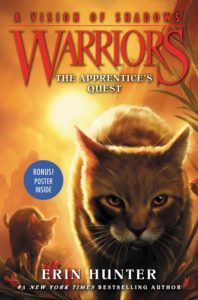 Iceheart gives us her review of TAQ

If you haven’t read The Apprentice’s Quest already, I would highly suggest doing so. It actually quite surprised me with the direction of the plot and overall did not disappoint. So here’s my reasons why The Apprentice’s Quest is such a good book and addition to the Warriors universe.
I first got this book over spring break in Florida and my dad literally had to calm me down because I was fangirling so much. I immediately started reading and dove straight into the world of the Warriors. It was after the death of the great Firestar, and many moons after Bramblestar became leader. It follows Alderpaw, a young, awkward apprentice, as he strives to equal that of his energetic sister, Sparkpaw. (The two remind me of Dipper and Mabel from Gravity Falls) Alderpaw soon realizes that he’s not exactly the best hunter, and the beloved Bramblestar recruits him as the medicine cat’s apprentice. And basically, he receives a vision from StarClan of far-away cats that turn out to be the long lost Sky Clan cats, and in turn he goes out find them only for Sandstorm to die and “Sky Clan” he finds to really be a group of rouges. In the end, he finds two abandoned kits with the Shadow Clan apprentice, Needlepaw.
Wow. Just wow. This the first time a promising, young, ThunderClan apprentice
failed at his mission. And not only that, but we get to see the ShadowClan side of things from how Needlepaw portrays it. This is a new, fresh perspective that we’ve haven’t got the chance to really see from yet. This is just what Warriors fans needed to leave the whole build up of the Three and the events in The Last Hope. Finally, we can leave good old Firestar behind and focus more on the two new characters. And I haven’t even touched StarClan’s new prophecy yet. “Embrace what you find in shadows, for only they can clear the sky?” I don’t know about you guys, but this sounds awesome! Since the beginning of the series, ShadowClan has been known as evil and sneaky, while ThunderClan is good and pure. Well, not anymore. If I assume right, then “what you find in shadows,” means that the two kits Needlepaw and Alderpaw found, will have an effect on the relationship between ShadowClan and ThunderClan, which has always been tense. This sounds like an epic twist on the Warriors series. Something we haven’t seen before. I can’t wait to see where this series takes us.
Stay wonderful my friends- Iceheart
Congrats you made it to the end of the article! Have a victory cake 🍰.

I haven’t read the book yet, but your review has me interested. I might check it out if I have time.

I highly suggest you do!

Nice article, Iceheart! Personally, I haven’t read TAQ yet, but it really does sound like the Erins are trying to clear up all the excitement of the Three and Firestar by giving us something we’ve never seen before: a POV from Shadowclan.

Thanks! Yeah, I agree, it would be hard to follow up all that, but a POV from a different Clan is step in the right direction!

awesome in march when It was all over Facebook I flipped because I forgot it was coming out soon I pestered my mom for a week for the book when she finally bought it I dove right in read it in 2 days and then reread it a second time. I agree with you the series takes a turn in the apprentice’s quest. awesome story. loved it!!!!!! keep posting this stuff.

Great article, Iceheart! I also found the perfect picture for you since you think Alderpaw and Sparkpaw are both like Dipper and Mabel! (I agree with that a lot XD)

DARN IT I CAN’T GET DA LINK. Just search Alderpaw and Sparkpaw Gravity Falls and if you see Alderpaw wearing Dipper’s Pine hat and Sparkpaw wearing a blue sweater with a yellow lightning symbol that SHOULD be the picture XD.

Are you talking about this one?

My iPad won’t lemme see it so I guess 😛

I agree with this review, The Apprentices Quest is AWESOME!

I like the apprentices quest too! It got me eager to keep reading. Alderheart is a great kit raiser!

Who should have been the ‘three’? by Violetpaw

Violetpaw wonders who else could have part of the Three. 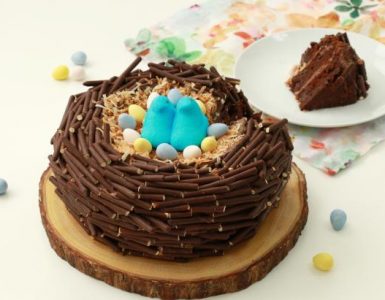