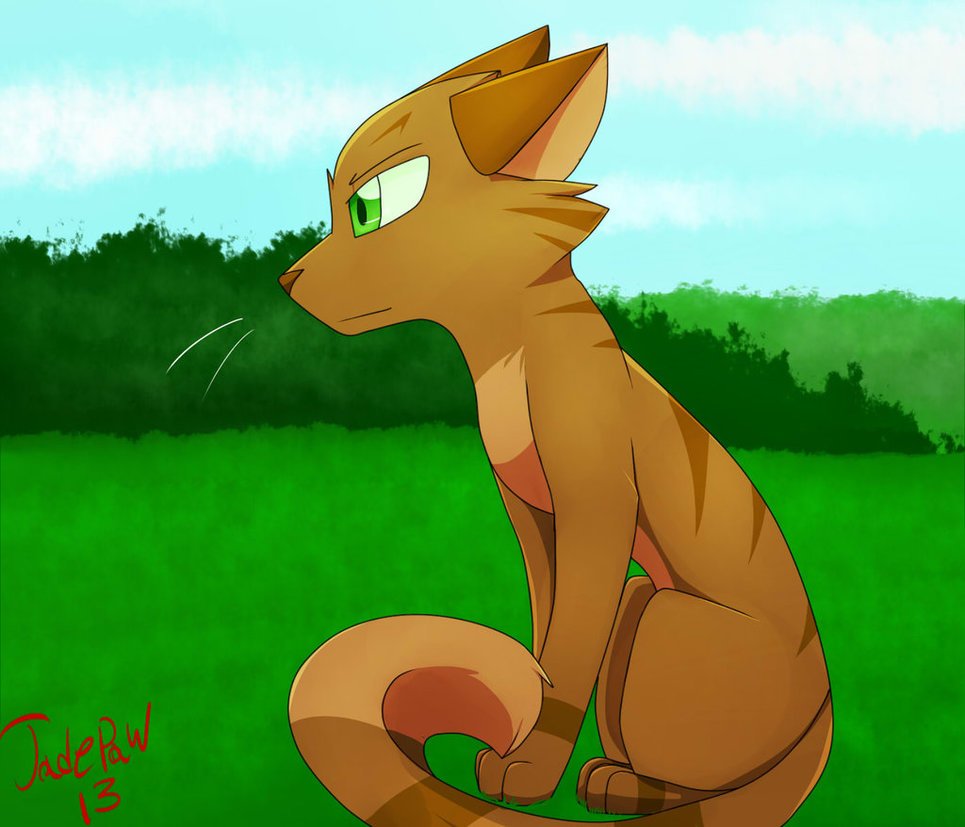 How to Be Like Hated and Loved Warrior Cats! *part one* by Shimmerfeather

Hey guys, this is my second article! 😀 I had a lot of fun writing the first and I got amazing feedback so I decided to do a more funny approach with hated and loved cats. She-cats and toms, I present to you: HOW TO ACT LIKE YOUR LEAST FAVES AND FAVES!

Okay, Willowpelt can do the rest.

Willowpelt: Hi!
Crowd: BOOOOO!
Willowpelt: What?
Crowd: YOU’RE DISGUSTING
Willowpelt: Oh, give me a break! I gave birth to Firestar’s best friend!
Crowd: You did?
Crowd member with laptop: SHE’S RIGHT! WARRIORS WIKI SAID SO!
Crowd: YAAAAY!
Willowpelt: *purrs* thanks. It’s time to learn how to act like the most hated and loved cats in the series. Let’s go!

Willowpelt: NUMBER ONE: SANDGORSE!!
Sandgorse: Hey. BECOME A TUNNELLER TODAY!
Willowpelt: What did I say?!
Sandgorse: You said ‘NUMBER ONE: SANDGORSE!!’
Willowpelt: No, I meant, like, what I said about advertising.
Sandgorse: I dunno.
Willowpelt: Anyway. I said NO ADVERTISING! Okay. How to be like Sandgorse: Act skilled, act like a good planner, hate insects and worms and ugly stuff that lives in the soil-
Quiet Rain: EX-CUSE MEEE! MY DEAD BODY WAS BURIED IN THE SOIL!
Sandgorse: Really? EW EW EW EWWWWWW!
Grey Wing: Don’t insult my mother!
Willowpelt: *looks confused* Your MOTHER? WHO ARE THESE CATS?! 🙁
Thunderstar: You might know me tho ;))
Willowpelt: Are you flirting with me?
Thunderstar: No…. …………c;
Sandgorse: I know you! You’re the founder of BadClan!
Thunderstar: ShadowClan is the bad Clan!
Shadowstar: I hate all of you.
Windstar: Sandgorse! YOU BROUGHT SHAME TO MY CLAN!
Sandgorse: I did? I thought Onestar did.
Onestar: You called?
Quiet Rain: SHUT UP!!!!!!!!!! I’M THE MOTHER OF SKYSTAR THE FOUNDER OF SKYCLAN WHO I REJECTED AND THEN FORGAVE BEFORE I DIED!!!
Sun Shadow: Yep, and she’s my foster mother.
Shadowstar: Yeah! Sun Shadow is my deputy!
Grey Wing: She isn’t your foster mother!
Sun Shadow: Well, she’s LIKE a mother to me.
Thunderstar: Let’s put this hate aside! Hey, Willowpelt, don’t ya… agree? ;))
Willowpelt: *giggles* ooh yes! Hey, do you wanna ma-
Violet Dawn: *walks in and slaps Thunderstar* >:(
Thunderstar: Oops, I forgot.
Violet Dawn: *cries* WHYYY
Slash: Violet, does this mean you want to be my mate now?
Violet Dawn: *slices Slash’s ears off* Never!
Willowpelt: GO AWAY EVERYONE! SHOO!
*everyone disappears*
Willowpelt: Anyway. How to be like Sandgorse: Act skilled, act like a good planner, hate insects, force your children to be exactly like you and resent them when they want to be something different, influence that same son to commit murder, then be a complete hypocrite by giving him the life of forgiveness when he becomes leader!
Sandgorse: I did not. I supported him!
Willowpelt: Yeah, right… *honks horn* Next cat!

Willowpelt: Next cat is… TOM!
Tom: HI! WHO WAS THAT BADGER WHO KILLED YOU? I WANNA PLAY WITH THEM!
Willowpelt: *slaps* you damn fool! STOP YELLING!
Tom: WHAT?!?
Willowpelt: WHY DON’T YOU STOP YELLING?!
Tom: THISTLECLAW LOOKS GOOD IN LEATHER?
Willowpelt: I MEANT… Nevermind. How to be like Tom: Get infatuated with a high school crush, obsess over her, control her, abuse her best friend when she leaves, kidnap her children, act dumb and force your providers to give you more food for your stolen children, call those same children dumb/stupid, join a gangster’s gang, fight the gangster, think you can win, try to ‘defend’ your child and act heroic just for control, ask the host of this show to play with the badger that killed her… Yep. Sounds pretty darn disrespectful.
Tom: NO! I DID LOVE TURTLE TAIL!
Turtle Tail: LIAR! GREYBAE IS BETTER!
Slate: *glares*
Turtle Tail: Oh, come on! Slate, you and I know you love me too!
Slate: I… uh…
Grey Wing: Guys stop arguing, Kate Cary said we’re supposed to live together in PEACE IN STARCLAN!
Tom:ANYWAY I DIDN’T ABUSE BUMBLE I ACCIDENTALLY PUSHED HER INTO A BRAMBLE THICKET
Bumble: YOU ATTACKED ME YOU LIAR!
Turtle Tail: YEAH! YOU KILLED HER!
Bumble: No he didn’t, Skystar did.
Turtle Tail: So Skystar DID kill you! *glances at Grey Wing triumphantly*
Tom: Clear Sky can mess everything up but Grey Wing would still defend him.
Bumble: Only true thing you’ve said so far.
Turtle Tail: Bumble!
Bumble: Sorry… 🙁
Tom: AND THOSE KITS BELONGED WITH ME! THEIR FATHER! I LOVED THEM SOOO MUCH THAT I SACRIFICED MY LIFE TO SAVE SPARROW FUR!
Sparrow Fur: HE’S RIGHT! I’M A DADDY’S GIRL! 😀
Turtle Tail: 🙁 but I raised you… And you look so much like me..
Grey Wing: You know, Turtle Tail, I’ve always favoured our kits. They look like what our kits would’ve looked like if we actually had them. Owl Eyes looks exactly like me, Sparrow Fur looks exactly like you, and Pebble Heart is special like you!
Turtle Tail: aww… C:
Slate: *glares*
Grey Wing: … and Slate.
Slate: 🙂
Willowpelt: GO AWAY YOU DUMB ANCIENTS!
Slate: Wow, offensive much?
Willowpelt: COME ON! SHOO! Now the next cat…

Willowpelt: FRECKLEWISH! HURRY UP!
Frecklewish (SC): Why am I here?
Willowpelt: I meant the ThunderClan one.
Frecklewish (SC): Oh…
Frecklewish (TC): You called?
Willowpelt: How to be like Frecklewish: Be racist to another Clan and hate all of them because one of them killed your brother, tell your friend that you will care for her unborn kits, hate her immediately after learning that those kits aren’t your nieces or nephews, let those kits drown, lie and say you thought they were going to be saved, attempt to fight a rogue at Snakerocks, attack your Clanmate, be hypocritical, say that your new enemy lied even though she didn’t lie or tell the truth.
Frecklewish: I wasn’t lying! I seriously didn’t know!
Mapleshade: Didn’t know what, Frecklewish? *crazy grin*
Frecklewish: *turns around* eep! t… that… your… k-kits… w-w-were… g-g-g…going to…… b-be…. saved?!
Mapleshade: LIAR! Oh, and guys? I got a lovely surprise.
Willowpelt: OOH! I LOVE SURPRISES!
Frecklewish: even though you just spoiled it.
Mapleshade: *glares* that’s it, this one’s for YOU, Frecklewish.
Frecklewish: MERCY PLEASE!
Mapleshade: *grabs a giant box and opens it, tips it upside down and a bunch of adders fall to the ground and slither toward Frecklewish*
Frecklewish: JUST WHAT DO YOU THINK YOU’RE DOING?! WAIT…. AAAHHH!
*technical difficulties, please stand by*

Willowpelt: *pants* o-okay… next one… *gasps in a bunch of air* S-Stormtail… *faints*
Stormtail: Who’s gonna do this now?
Swift Minnow: Me. I’m an Early Settler. Let’s get cracking. How to be Stormtail: Bully cats who are different from you, fall in love for the cat you bullied’s sister for her looks and to annoy the cat you bullied, leave the untrained cat you bullied in front of the face of danger, ignore your children, cheat on your wife and then dump the girl you cheated with.
Stormtail: I didn’t dump her, I just died.
Dappletail: Yeah, right!
Stormtail: And I didn’t know he didn’t have training!
Goosefeather: LIAR!
Stormtail: I did love Moonflower!
Moonflower: Yeah, right!
Stormtail: I cared for my kids!
Bluestar: LIAR!
Snowfur: You really didn’t…
Stormtail: *sighs* whatever. It’s all true. I did reject my kids and I only liked Dappletail and Moonflower for their looks!
*incoherent squabbling of everyone*
Swift Minnow: GO AWAY!
*everyone poofs away*

Swift Minnow: Time for our last cat today. Introducing… MILLIE!
Millie: Hi.
Swift Minnow: Let’s get started. How to act like Millie: Fall in love with a wifeless man, sit in the nursery, give birth to three children, ignore two of them because the other injured herself, freak out at your children, be the reason one of them joined the Dark Forest for a lil’ bit. But: You did give Greystripe love, and you provided warriors for the Clan. I can’t really blame you for being frazzled when your daughter has a life-long, permanent injury that completely crushes down her career.
Millie: Thank you!
Sleekpaw (you know, Needlepaw’s friend): Yeah, but ShadowClan doesn’t like you. *punches Millie*
Juniperpaw: *slams Millie into a wall*
Strikepaw: *shoves a pillow down Millie’s throat*
Sleekpaw: Now, where’s Beepaw, Needlepaw, and Yarrowpaw?
All 3 of those cats she just listed: *lifts up Millie and throws her into the lake*
*They all high-five*
Swift Minnow: THAT’S ALL, FOLKS! HOPE YOU ENJOYED AND STAY TUNED FOR PART TWO! 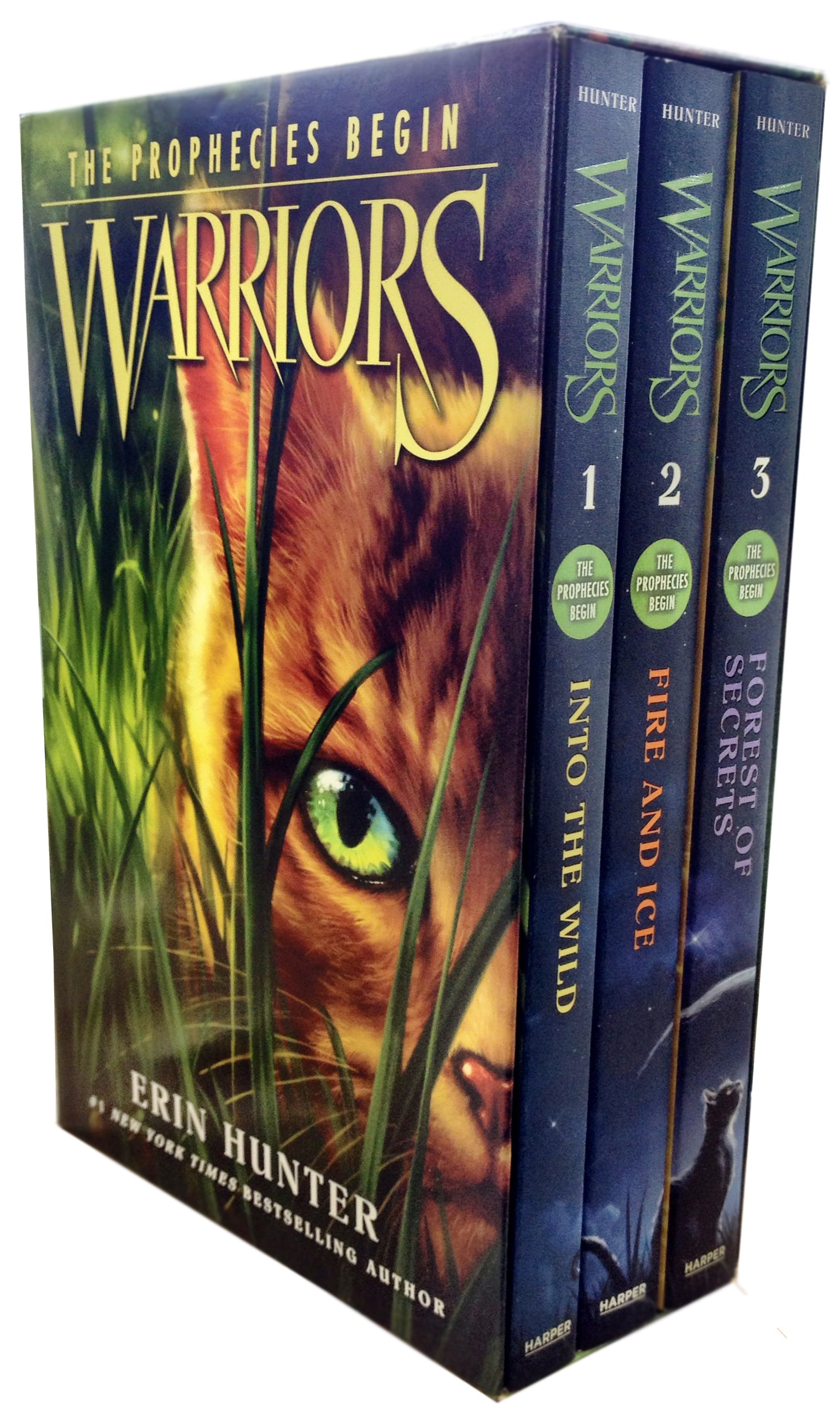 Flamecloud takes a look back at the books that started it all. 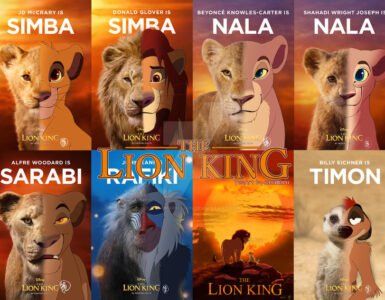 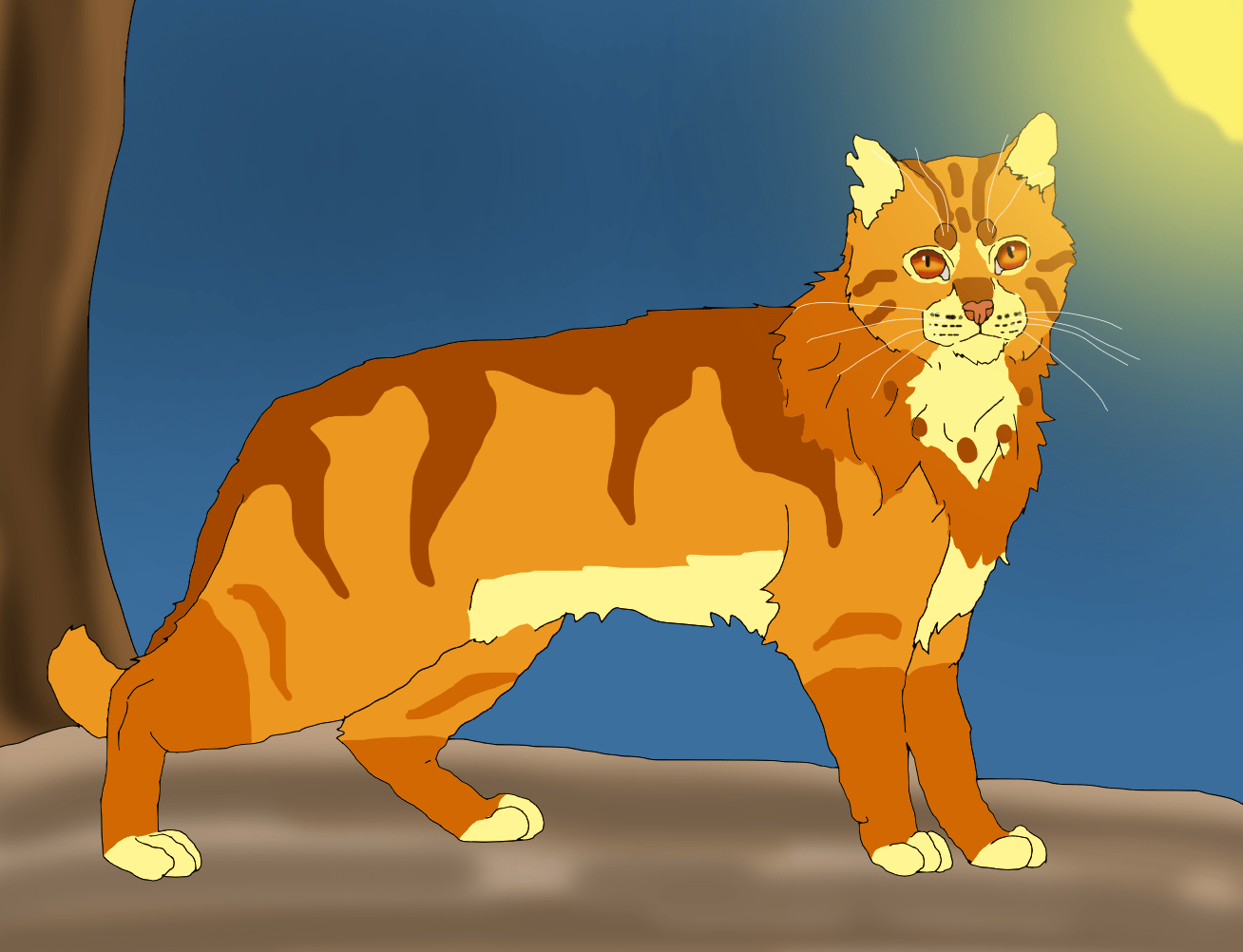 Some of the Warrior ships I hate by Blazesoul