How Long Have The Clans Existed? by Freespirit 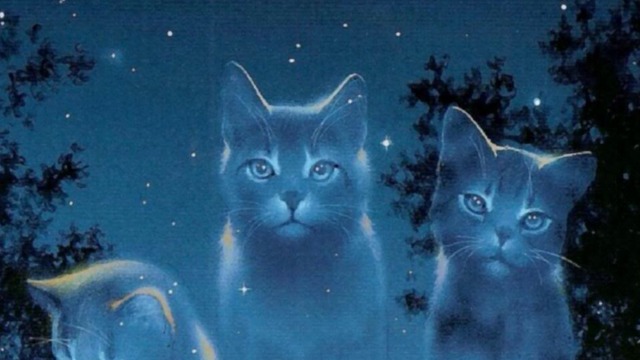 Freespirit speculates how long the Clans have existed.

This is a subject I have pondered and pondered, spending many a sleepless night, with a copy of Dawn Of The Clans in my hands, how long have the clans existed?

It’s a quite confusing thought, and can have multiple answers, based on how you draw your conclusions. It has to have been long enough for both the clan, and the tribe to have forgotten, and on top of that, establish an entire society, down to new names, a hierarchy, rivalries, and so many generations of cats, that not even the elders stories can feature them all. It also has to do with wild cat life span, and a LOT of things will probably be assumed, but here it is.

The first answer is, no one knows. There is simply not enough evidence in the main books to even draw up a reasonable conclusion. Add the guides and manga, and you’ve got yourself an impossible task. Old leaders are referenced all the time, but you never know if it was one leader or a hundred ago. Even if you only count the confirmed leaders, there is still not enough evidence. In Thunderclan, for example, there are 15 known leaders in the books and more still coming. Also, the life expectancy of Warriors is still rather vague, so one cat could live for 15 years, while another 2. So no matter what, unless the Erins themselves tell us, we can’t know, Sorry. But we can make a guess!

First, we’re going to assume some things about the cats. One, none of the Thunderclan leaders got delayed warriorship, got to be leader around the same age, and none died prematurely. And you may be screaming WHAT ABOUT PINESTAR/THUNDERSTAR/INSERT LEADER NAME HERE at me, but lets just assume that. If I did every single difference and alteration, this would go one forever. Also, I’m basing this off Thunderclan leaders, as they tend to pop up a bit more then every other, and Thunderclan cats are pretty much invincible. So here we go.
According to the internet, feral cats that live in groups, have an average life span of 5 years, or 60 moons. The first 12 moons of their lives are spent as kits and apprentices. Then, they become warriors, leaving us with 48 moons left. Next comes the long, dull process of an apprentice, deputy, waiting for the past leader to die, which will probably take two to three years, around depending on the age of the old deputy and the leader, so maybe you’ll be 42 moons old, lets say. Then comes the real trouble, and the reason I’m counting it by leaders. Their impossibly long life spawns. While warriors live about 5 years, leaders will live several years longer, due to being able to live through an illness that many warriors would succumb to, just losing a life. According to one source, Thunderclan leader Bluestar died at 7-10 years, around 96 moons. Another source, said Firestar also died around this age. So, lets use this as a base. 96-42=54, so leaders lead for 54 years, based off the lifespan of 2 leaders. 54×15=810 moons. 810 divided by 12 is 67.5. But Wait, let me do the math again, and exclude Bramblestar, since he IS a new leader, so he wouldn’t have ruled his full 54 years yet. That would make 63, making the clans around 63 years old, in the best case scenario. Quick cool fact, the clans have been around for about as long as Queen Elizabeth II has been alive!