Welcome back to our series exploring the different arcs of Warriors. This is a space to share your thoughts and opinions, and we might have some trivia along the way!

At the start of this arc, we’re presented with one of the biggest gaps in chronology. Between The Darkest Hour and Midnight, there are two Super Editions and five mangas, spanning roughly eighteen moons. Over this gap, the series shifts largely to the new, younger generation of cats, with Firestar now presiding over ThunderClan in a time of peace.

This arc is a change of pace from the first, with a clear two act structure. At first, the action is split between the dangers at home in the forest and the prophesied journey made by Brambleclaw, Feathertail, Crowpaw, and Tawnypelt. Later, the arc uproots the action and takes it to the new lakeside locale. In the process, forests are destroyed, tribes discovered, badgers encountered, and loyalties questioned.

Interestingly, the two act structure of this arc comes from the initial plan that it would only be three books long, culminating in the arrival at the lake. The last three books, taking place in the new territory by the lake, were ordered later by the publishers. Whether or not it’s a successful structure is for you to decide.

The main question is: what did you think of this arc? How does it rate? What were your favourite moments and characters, and which book was your favourite?

(please note, the voting for the later arcs is closed until further weeks open them up!)

I liked Starlight the best because it was full of twists, turns, and loads of action. The arrival at the lake and marking new territories were some of the highlights of that book. Everything was brought on with an exciting perspective.
2nd favorite. Twilight
3. Sunrise
4. Dawn
5. Midnight
6. Moonrise

Favorite characters were Stormfur and Feathertail.

This the whole arc in a nutshell 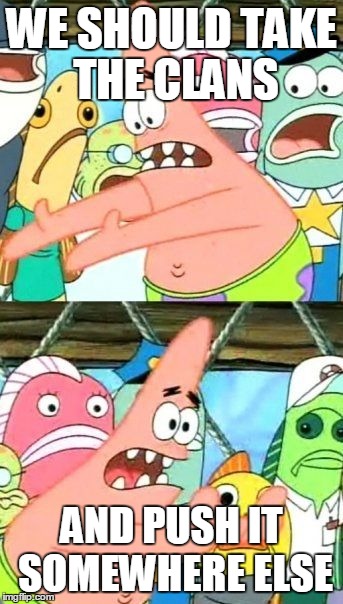 This made my day. xD

Hazelburrow? A lot of the time I come onto this article, this will pop up. (I’m pretty sure it’s a scam.)

I know that some time ago someone else mentioned this and you asked for a link, so I’m hoping that this helps!

Thank you! That’s very useful, I’ll look into it! 🙂

Bluestar: Two Sides of an Argument by Whitepaw