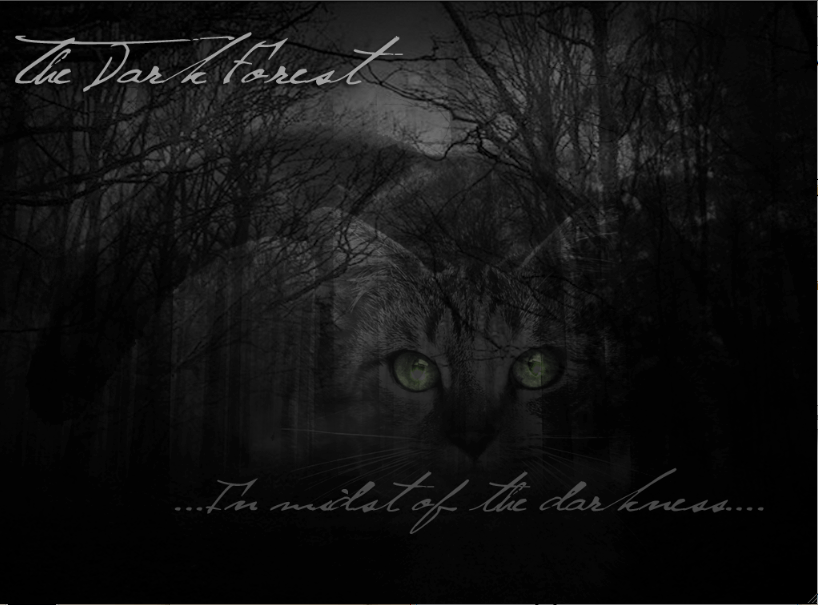 What if The Dark Forest Won? by Goldenclaw

Goldenpaw discusses what they think would’ve happened if the Dark Forest won the Great Battle.

Hey there! So I was thinking about something to write, and an idea came across my mind. What if the Dark Forest had won the great battle? I’ve thought about this idea before, and always thought it was interesting. How it would go is pretty much how great battle went, but Redhollow ends up killing Blackstar instead of Blackstar killing Redhollow, and then the ShadowClan camp is so overrun with dark forest cats that the cats from the other clans rush to their own camps, worried about their own clan. This would mean Crowfeather would not be in ThunderClan’s camp where Breezepelt tires to kill Lionblaze, but of course, Lionblaze could not be hurt, so Lionblaze would have just ended up chasing off Breezepelt, but this would distract Lionblaze from fighting other cats, long enough for other cats to do damage to the clan. More death, and we see the ThunderClan camp become overrun. In WindClan, Hawkfrost still kills Hollyleaf, but Ivypool is also killed for being a traitor to the dark forest. In time, WindClan and RiverClan would be overrun with Dark Forest warriors. Most warriors, apprentices, queens, and elders won’t stop fighting even after the battle is long lost, to proud to give in to the dark forest, so most end up dying. Also, StarClan and the ancient cats did not come help because they saw the battle was hopeless. All medicine cats are dead, all elders are dead, and most queens, warriors, and apprentices are dead. The only cats left would be queens who gave in so they would be alive for their kits, kits too young to fight, warriors who gave in to the dark forest so they could live or because they agreed with the dark forest, and apprentices who gave in so they could live or because they agreed. Lets call the clan they formed DarkClan. Brokenstar would no doubt crown himself the new leader, making a living cat deputy, like Redwillow. He would apprentice the clan warriors and apprentices to true dark forest cats and turn them evil, same with the kits. Eventually, they would have a clan full of living evil cats, and the dead cats of the Dark Forest would go back to the Place of No Stars, but would always watch over the clan, and they would act like StarClan, bringing prophecies and such. Most likely, at first DarkClan would not want any medicine cats, but as they see how badly this affects the clan, they deem that all elders learn herbs and become somewhat medicine cats, making elders useful. SkyClan, unaffected by all this, would still be driven out by Darktail. They would probably, even without prophecy, go looking for the other clans. When they arrive, they would be greeted by DarkClan. Most of SkyClan would either be turned into DarkClan or killed. Eventually, the rank of leader would kind of work the way it does in a wolf pack or lion pride, where any cat could challenge the leader to a fight, and if they won, they became the new leader, and the loser of the fight was exiled or killed. Most likely, the loser would be used for the apprentices of DarkClan to practice killing blows on. Well that’s all I really have for now! Thanks for reading through this all! What do you think would have happened if the Dark Forest won? Leave your answer down below in the comments! Goldenclaw out. 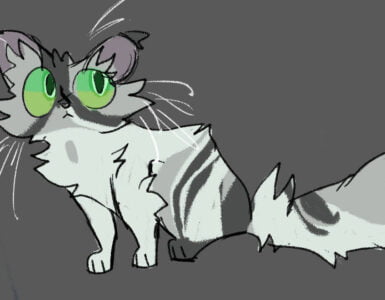 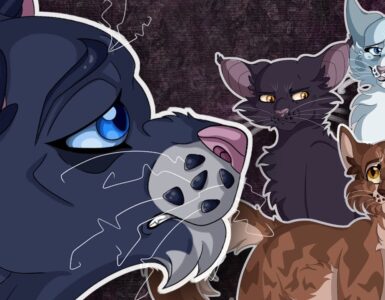 Rivercrash wonders who Crowfeather would choose to spend the rest of his afterlife with.

A picture article- tour of RiverClan by Mountainpaw