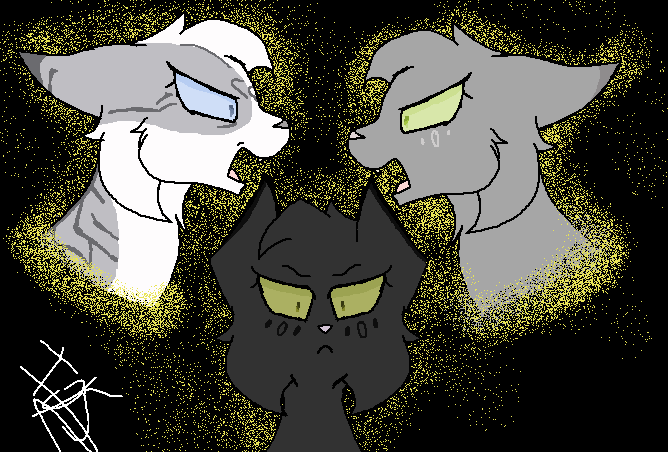 Who Should Have Been The Third Cat? by Ebonypaw

Ebonypaw discusses the choice of the third cat in the “Power of Three” prophecy.

I’ve seen many people argue that Hollyleaf or Ivypool should have been the third cat in the prophecy. I disagree with this. Dovewing was the right cat to be in the prophecy.

Why It Shouldn’t Have Been Hollyleaf.

First of all, the whole “We couldn’t think of a power for her” is a weak argument. It doesn’t make sense because Hollyleaf has a lot of possibilities for her power. However, it would be too predictable if Hollyleaf was the third cat. We thought that Squirrelflight, Firestar’s daughter, had three kits, surely they were the three? It was also better off Hollyleaf not part of the three instead of Jayfeather or Lionblaze not being part of the three because she followed the Warrior Code a lot.

This also would also not make Hollyleaf that enjoyable. What made Hollyleaf a great character is how flawed she is. She believed in the Warrior Code more than anyone else did, yet she had to murder Ashfur, face the truth that her birth broke the Warrior Code, tell the secret, and go into the tunnels until she realized she needed to go back to help her Clan. She later saved Cherryfall and Molewhisker, and rejoined the Clans. She was about to kill Sol, but she learned from her mistakes that death was not needed for victory. If she was the third cat, all of that character development would be gone. She would just be the same cat as she was before the truth was told.

Omen Of The Stars would also be boring if she was the three. In Omen Of The Stars, we saw Jayfeather and Lionblaze try to cope with the lost of their sibling and the personalities of Dovewing and Ivypool. If Hollyleaf was the third, there would almost be no point to Dovewing and Ivypool, and Jayfeather and Lionblaze wouldn’t go through the emotions of a lost sibling.

Why It Shouldn’t Have Been Ivypool.

I think this mainly came from how much spite and hatred people have for Dovewing. This would greatly change the story. Ivypool always wanted to be special, so her getting what she wanted would make her boring (I’ll get to why Dovewing fit being the third cat later) and even more annoying than she already was as an apprentice (In my opinion). Even though I thought she was annoying and didn’t need to be a jerk, the sisters’ drama was realistic. Dovewing didn’t want to be special while Ivypool did. Judging by Dovewing’s personality, she probably wouldn’t be jealous, or at least not as jealous as Ivypool was. She also knew how evil cats like Tigerstar were, so it’s doubtful she would be manipulated by the Dark Forest. Because of that, the Clans would have less of a chance of winning. Even if Dovewing went through what Ivypool did, then the people who liked Ivypool and disliked Dovewing would dislike Ivypool and like Dovewing, and vice versa.

Why It Couldn’t Have Been Another Cat.

There’s no way the third cat could have been some other cat. They needed to Firestar’s kin, so cats like Thornclaw or Bumblestripe (Oh great Starclan imagine if it happened) wouldn’t have worked. Cats like Leafpool or Whitewing wouldn’t have worked either because Lionblaze, Jayfeather, and Dovewing were all born with their powers.

Why It Was The Right Choice To Make It Dovewing

Dovewing was a good choice for the third cat. She never wanted to be important, yet she persevered in accepting her destiny. She has many flaws, she sneaked into Windclan, she met up with Tigerheart, etc. Like I said with Hollyleaf, it was a plot twist no one really expected. She did her job well. Even if she used it for personal reasons, she never was told she could only use it in battle.

I really do believe that Dovewing deserved the place for third cat. It made all three of the characters interesting and likable that way, and even led the Clans to win the Dark Forest battle. 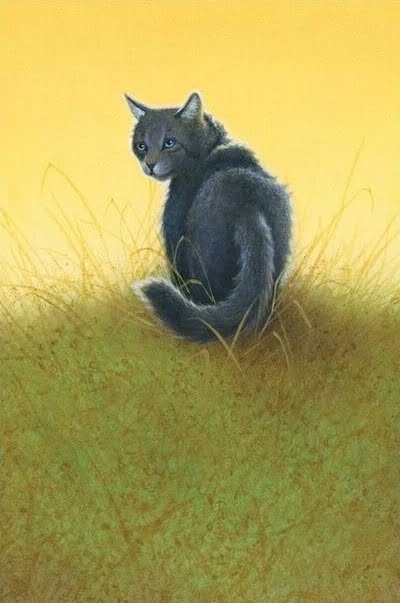 Daydust discusses some injuries in the series. 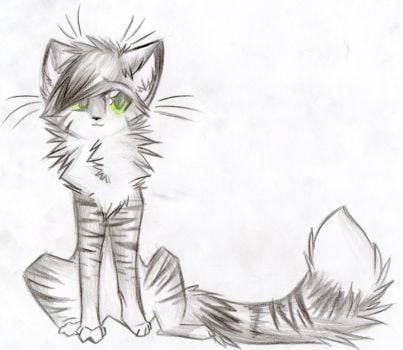 Mistshade lists cats who haven’t had the best life. 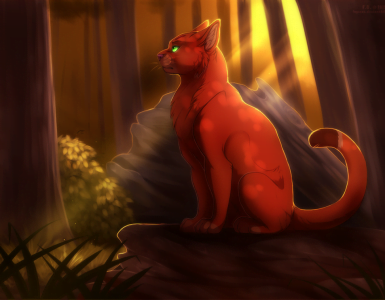