Why Brambleclaw Deserves More Love (SPOILERS AHEAD) by Honeypelt

Hello Clanmates! Here is Honeypelt, talking about my favorite warrior of all times. Brambleclaw.
Some days ago, I stumbled on this 6 hour pmv map, (https://www.youtube.com/watch?v=2c17fKAVUUs&t=3s) that focuses on Brambleclaw’s life. (I am super looking foward for when it comes out, I watched some of the parts and it’s absolutely gorgeous) Then, I wanted to see if there was any other map, in progression or already finished, about him. (focusing on his life, not his relationship with other characters) But when I searched “Brambleclaw” on Youtube the result come to nothing. There was some speedpaints or maps, but mostly of him and Squirrelflight, he confronting Ashfur, or Hawkfrost. And I was totally blown up by the number of results that I got of people that focused things is HIS story. HIS life, scenes of HIS life, so few! I know you’re thinking, “Oh but his relationships are part of his life”. But it isn’t this that I’m trying to say. It’s that people focus on the other characters that are envolved on his story, and THEIR point of view. Like, how Squirrelflight felt when he rejected her after Hollyleaf’s declaration in the gathering. But NOBODY thinks about WHY he did this. Everyone says “Oh, poor Squirrelflight, she was rejected by her own mate”. But think, put yourself in his situation. His “daughter” says, in front of the WHOLE gathering that the three aren’t his and Squirrelflight’s kits. His whole world was blown away. His mate LIED to him this whole time, and the kits that he tought were his, were actually a medicine cat’s and a cat of other clan’s. He felt BETRAYED and lost his honor in front of all the clans. Let’s give a look now at his past life.
Bramblekit and Tawnykit were born to Goldenflower and Tigerstar. TIGERSTAR was the GREATEST villian at that time. FIREHEART, his deputy, doubted him since he saw him the first time, in the nursery with his mom. Fireheart tought he was going to be as bad as his father. Later on, Fireheart took him as an apprentice. WHY? Because he didn’t trust him. NOBODY trusts him. And he knows it. He hears the other cats talking about the threat that his father was, but he HIMSELF didn’t know about his father’s crimes. One day he asks Firestar why everyone hates his father, and Firestar tells him the truth. Bramblepaw is shocked.
When his father achieves the leadership of Shadowclan, he sees his own sister go to Shadowclan because she didn’t felt trusted in Thunderclan. He is alone now.
When Tigerstar dies, he was still an apprentice, and he sees the emotionless look on his mother’s face. And he sees all the destruction his father brought to the clans.
A lot more happens in his life, but Ya’ know all.
Whe he saves Firestar from Hawkfrost, he thinks all the lack of trus, all the doubs, are over. But then, then, Hollyleaf says in front of EVERYONE, that what they had lived on the past seasons was all a LIE. He feels Betrayed.

Isn’t that tough? He deserves a lot more attention and more love. He already suffered much.

This is an old article! Ok, Tigerstar isn’t the greatest villain of all time. He got killed from one blow by Scourge and then took a while to get back up to power only to say: “The moment Bluestar found you, I became nothing! I have waited all this time to have my revenge! When you’re dead, I can rule the Clans or kill them.” and getting clobbered by Firestar. super impressive dude. big pile of nothing. still, poor Bramblestar, this dude was his father! The greatest villain of all time is Darktail, son of Onestar, who took over most of Shadowclan, clobbered Riverclan (I seriously don’t understand how Mistystar didn’t get killed) and only died in a fight with his father, who he took down with him. All that without nine lives!

I love Brambleclaw. He’s so awesome, and why do people hate him?
She has those eyes, that smile. I’m starting to feel dizzy.

Wildspirit argues why Cloudtail is an essential Warriors character 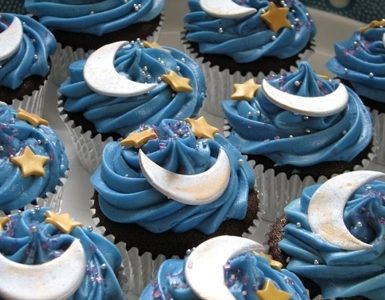 Happy birthdayyyyy, to youuuuuu It’s Nightpaw’s birthday! WOOOOOOOOOOOO!!! 🎉🎉 How’s it going so far? I hope for you to be super duper happy today! And please do tell us about your special day –...