by Sundance on January 16, 2018 in BlogClan, BlogClanner in the Spotlight • 32 Comments

﻿The January edition of BlogClannner in the Spotlight is here!

In case you need a refresher, BlogClanner in the Spotlight is where I am given free reign to interrogate members of the Blog on various subjects conduct a monthly interview with a BlogClanner, and give them a chance to share their Warriors-related fan creations! 🙂

If you’re still confused as to what this is all about . . . feast your eyes on this little girl’s interview with her cat. It is top-notch. A work of art, really. And a prime example of the types of interviews we’ll conduct here (though I could only dream of being this good of an interviewer): 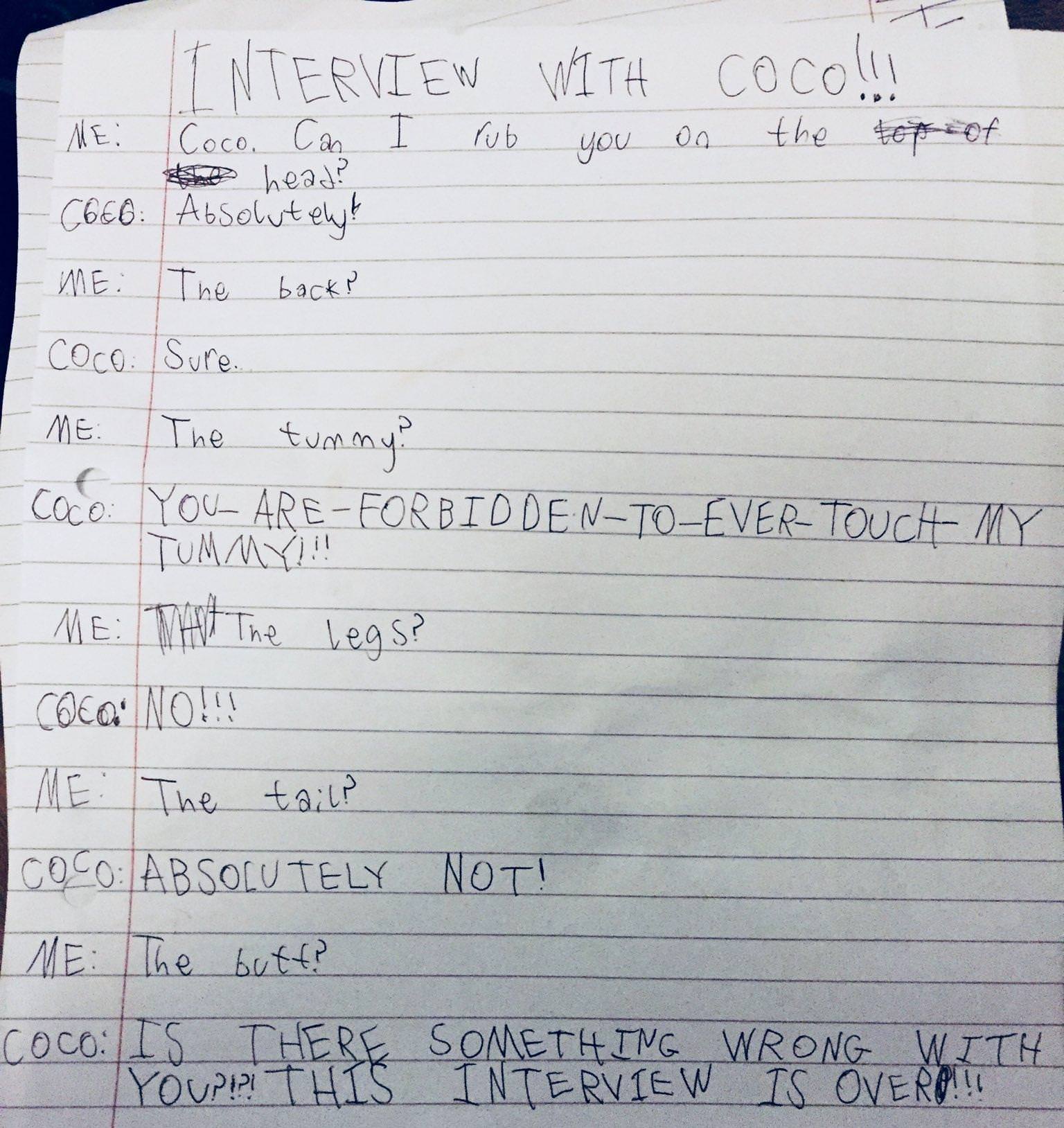 And this January the spotlight is on

He’s a longstanding member of the Blog whose been here for for almost half of his life! He’s also a wonderful friend who I was overjoyed to get the chance to interview!

So ladies and gentlemen she-cats and toms, get ready for the questions-and-answers . . .

Q: First, How did you discover Warriors? 😊

I discovered Warriors in 2012, my second grade year in school. Might I add that’s the same year I stumbled across BlogClan. I was going to the school library when my two best friends met me on their way back to class. They enthusiastically told me that they’d found an entire book series about cats! Being the feline nerd I was, I immediately checked out a book! (Little did I know I had accidentally grabbed Fire and Ice to start with. You can imagine how confused I was when first reading it) Very soon I got attached to the series and refused to put it down! Now here I am today, still in love!

Q: You’ve been on the Blog for a long time! What has been your favorite year here and why?

You’re right I have been on the blog for quite a while. It’ll be six years in July. It’s extremely hard to pick one year out of all of them. So many nice and memorable people have come and gone on the blog, so many traditions and pages have been added, we moved the entire blog to a new site for goodness sakes! So having to decide is like having to choose which of my pets is my favorite. (Pssst. It’s my cat) I can’t possibly choose. Q: What Warriors character do you think resembles you the most? 🐱 (I gotta go with a mix between Squirrelflight/Leafpool)

Which Warriors character resembles me the most eh? Well…I honestly want to choose Firestar because of how much of a Gary Sue he is, but that’d be a bit too cliche of me. So I’m probably going to have to choose Alderheart. When first meeting him at the beginning of AVOS, I legit believed I had been written into the book. He’s so out of the ordinary from the other apprentices, and he felt like he was incapable of doing stuff at the start of his apprenticeship. However, he managed to turn into a pretty likable cat! Now do know I’m shamefully about two books behind in the series so if he happened to have had a midlife crisis turning him emo without me knowing, then I’m nothing like him at all. XD

Q: How did you come up with your wonderful warriors name? ❄

I came up with my Warriors name quite randomly. My favorite season is the winter, so I knew I was going to have to have to incorporate something cold into my name. Ice sounded good as a prefix, but I didn’t want the usual suffix like tail, fur, or claw. So I thought about what would go well with Ice, and shard just happened to be what I decided on.

Q: Which characters would you choose to ally yourself with in a Warriors version of the Hunger Games? (Choose wisely. 😉 )

Let’s see, I’m going to need a good fighter. Let’s go Lionblaze for that one. I’m going to need a medicine cat, so I’ll choose Yellowfang. Even though he’s evil, I’d want Sol with me because his power of manipulation could come in handy. Finally I want Jake for friendly company. 😃

Q: What is your favorite Warriors couple?

My favorite Warriors couple is Jayfeather X Stick. Just kidding, I’d actually have to go with Gray Wing and Turtle Tail. I don’t know why, but I’ve always though extremely fondly of their relationship. But when [SPOILER] Turtle Tail died I was on the brink of tears. I never cry reading books, but when he had to say goodbye to her, I almost did. Q: What scene would you be most excited to see in a Warriors movie?

In the Warriors movie, I don’t necessarily have any particular scenes I’m dying to see. I mean if they cut out any major scenes I’ll be upset, but there are none I’ll be on the edge of my seat waiting to see in live action. I do, however, hope they keep some Graystripe humor alive. He’s the cat for the job when you need a comedian in a movie.

Q: Would you rather a) be allowed to decide the plot of an upcoming Warriors book b) reach ultimate cat lady status by having a cat sanctuary or c) have a BlogClanner convention?

(He is also running for senior warrior, if you’re up for vouching, dear reader! With his endless commitment to the Blog, I don’t think it’s possible for him to be more deserving of the rank. ❤ )