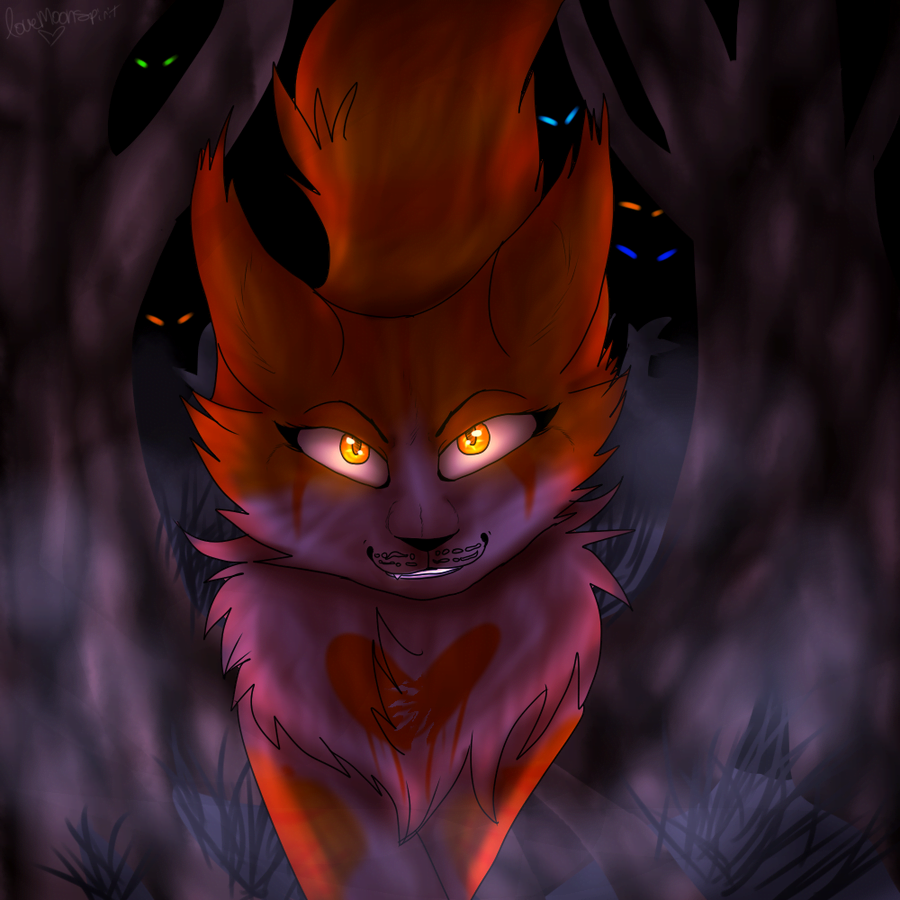 Could these Dark Forest cats have gone to StarClan? by Feathermist

Feathermist takes a look at some of the Dark Forest cats from the series.

(Spoiler Alert!)
Ok, so obviously some cats are in the dark forest for a reason, but did they have a chance of going to StarClan? Here I’m going to make a list of some random Dark Forest cats to see if there’s any reasons to let them into StarClan.
Tigerstar(the first one)- Tigerstar when to the Dark Forest for being a traitor. He tried to kill Bluestar, killed Redtail and so on. But did he have any reason to go to StarClan? He would have been a good warrior if he didn’t betray his clan, right? Maybe part of the reason he became so ambitious was because Thistleclaw was his mentor.
Mapleshade- Probably one of my favorite characters. I can and will write a whole other article on her. Can we justify her decisions? Maybe she would be a different cat if she was let into StarClan? She was a kind cat before, and she was so happy before the incident. And really her kits’ deaths weren’t her fault. She had to get her kits off the territory in time, and the only place out was the river. I’d honestly go insane if everyone ended up hating me, my kits died, and my mate cheated on me/betrayed me.
Brokenstar- I doubt he’d ever have a chance to go to StarClan. He trained kits at 3 moons old and pretty much left ShadowClan in ruins. So no. Just no.
Thistleclaw- Well I haven’t read Spottedleaf’s Heart yet but I know enough about him to say he should just stay in the Dark Forest.
Good cats who trained in the Dark Forest- I think cats who fought with the Dark Forest deserve to go there, but cats like Ivypool who realized their mistakes should still be allowed into StarClan. As long as they don’t do anything else that’s bad.
~
Ashfur- So Ashfur isn’t in the Dark Forest but does he belong there? There’s a lot of controversy on this so I wanted to include him. Like Yellowfang said, his only fault was to love too much. I personally don’t like Ashfur, but he didn’t commit a horrible crime like Brokenstar or Tigerstar, so maybe he should just stay where he is.
~
Well that’s all I have for now! Feathermist out

Icestripe shares their opinion on every known RiverClan leader.