Do Characters Lose Development When They Lose Their P.O.V? by Nightpaw 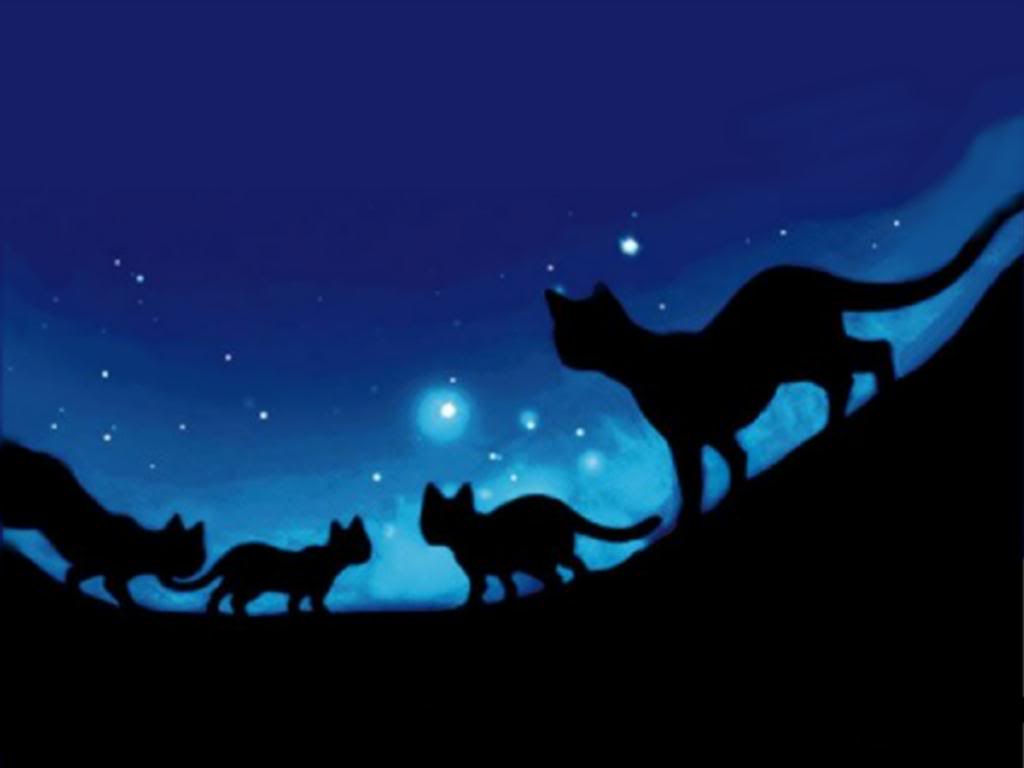 Nightpaw wonders if characters lose their appeal when we get their point of view.

Note: Before we begin, I’d like to say that this was originally posted on my account on Warriors Amino, under the name Ellipse. Since I made this in 2017, some of my information may be outdated. Just wanted to point that out just in case anybody thinks I stole this from that account. Anyway, now that’s out the way, on with the post! 🙂

What is ‘Character Development’?

I’m quite sure all of us know what Character Development is, but I have decided to explain it in more detail for everyone.Charater development is creating a history, traits, and overall personality of a character. It can also be used to describe a change in a characters’ behaviour.

For Example, A Mary-Sue is a kind of character who has little to no character development. There all happy and special and everybody loves them. I can tell you, that is not a relatable character at all.Character Development is very important for a character, but do characters actually LOSE Character development after they’ve been shoved aside to make way for a new main character? Let’s find out~

Now we all know Firestar, the flame-pelted kitty-pet that we first met in Into The Wild. In the later series, Firestar becomes more of a background character, we don’t get to see inside his head like we used to. But we can all agree that the first series was Firestar’s best Development. But that’s obvious, all the books in the series revolved around him. The prophecy, his friends, his love-interests, and his overall journey to leadership.It’s quite hard to believe that that kitty-pet that we met in the first series is a well regarded deceased leader of ThunderClan. But let’s look into the other series. In The New Prophecy, Firestar obviously played a different role.

As we were journeying with other characters (Brambleclaw, Squirrelpaw, Leafpaw, etc) i felt that I was growing apart from Firestar. I no longer felt the same things he felt. He really was just a bit of a background character. After spending so long away from him and his thoughts, when it was announced he was the fourth cat i was actually… disappointed. I felt a closer relationship with other cats during the time away from him (Hollyleaf, Ivypool) that I felt that THEY should be the fourth cat, not Firestar. Overall, I think Firestar really lost Development during the time away, in fact, I think spending time in another cats’ P.O.V for a long time can make you dislike that character.

Bramblestar was the protagonist of the second arc, The New Prophecy. We see him as a strong cat in the beginning, and as the story progresses I see him as more than just a Tigerstar clone. In the arc, we see him despise Squirrelflight but he slowly warms up to her. I’m glad that it wasn’t one of those ‘love at first sight’ relationships (COUGHfirestarandspottedleafCOUGH) and it actually has Development. When the focus is taken off Brambleclaw I think that he still develops as a character, his relationship with Squirrelflight, his choices, and I seem to find that he doesn’t seem to lose development like Firestar does. I feel that he doesn’t become one of those background cats and he still has an actual purpose.

My first impression of Brambleclaw was that he would be 100% evil just like his father. But, of course, I was wrong. I don’t think that Bramblestar lost much Development when he was shoved aside. His relationship with Squirrelflight and his choices as deputy; I felt that I was still inside his head, still making choices with him. That’s why I have to say I don’t think he lost much Development when he wasn’t the main focus anymore.

Lionblaze is the protagonist of the third arc, Power of Three. He is a loyal cat who fights for what’s right. I found him quite interesting in the books but, to be honest, I never really warmed up to him at all. He just seemed like that one guy that all the girls wanted and he had a quite reused plot. Forbidden love, prophecy, etc. Although I find him to be quite a bland and boring character, he did develop. He realised that the prophecy wasn’t the only important thing and that he could still be a normal cat who can have a mate, kits, or even become deputy or leader.

So when Lionblaze was shoved aside (finally) I do think he might have lost a little character development. He really just became that one guy that was part of a prophecy and has a mate and kits. There was really nothing very important about him anymore. He was just a strong warrior who had a chance of being deputy in his life. I would give Lionblaze more of the benefit of the doubt, but it’s really just because his life plot has just been reused too many times that it was nothing new or interesting for me. It was just the same old same old story for an ‘interesting’ character.

Ahh, Graystripe , that once exciting adventurous character that we first met in Into The Wild. When I first met Graystripe, then Graypaw, I really liked him. He was bubbly, interesting, and since this was the first book, he was a character with a lot of traits which I’ve never seen before. He was the first character to get tangled up in the forbidden love drama, and I found that cool, but I didn’t like how he neglected Brackenpaw’s training. In the beginning and throughout all the books, excluding the mangos, Graystripe didn’t have a P.O.V, but somehow he manages to actually be more interesting than a few cats that actually did have a P.O.V. In all the arcs I still have a soft spot for him, even if he literally did nothing about Millie neglecting her other kits. I’ve found that in the newer series, Graystripe has had a bit of a downfall…

I feel that when Graystripe became an Elder he lost his usual personality just to fit in with the ‘grumpy elder’ memo. I didn’t like this. It’s just like Graystripe thought: ‘Welp, I’m an Elder now, gotta be all cranky and stuff I guess’. It just isn’t the same Graystripe. That’s why I think that Graystripe did lose Development, but only towards the end. Other than that, I feel that during the rest of his life before that, he was still the same old Gray.

I do think that some characters do get left in the dust when there P.O.V is no longer needed. I don’t want the cats to just be there as background characters once that happens, as if we’ve never seen through their eyes. I don’t think they should be central since they’ve already had there time to shine, but I think that they should pop up occasionally. For some characters when they get shoved aside they lose development but for others it could stay the same or even increase. This was kinda just a lil rant on how I feel about the old characters who we read about so long ago.

Anyway, that about wraps it up. Hope you enjoyed

← Meditator ? Really ? by Maplepaw
Top 4 Leaders I Would Like To Live Under by Creekdapple →

11 Replies to “Do Characters Lose Development When They Lose Their P.O.V? by Nightpaw”