Sundance
28 comments
9 min read
December’s BlogClanner In The Spotlight is the marvelous Mapledrift!!! 🍁

So strap on your seat belts because we’re diving right into the interview!

Q: How did you discover BlogClan? 😀

So I think that I first actually heard of BlogClan from a moonkitti video about the warriors forums or something. Basically saying that they suck but BlogClan is actually a good twin of it. So I went to check it out, and was amazed by everything I saw. So I went back to my parents and asked them if I can go on it. I got the answer of. No. Fast forward to months in the future, I have this vague thought of something called BlogClan, to search it up online, and am doubly amazed by it ! It seems perfect for me ! I spent months nagging my parents over and over until, when I asked for the 156th time in a shopping centre, my mum, with her head in her head in her hands said yes if I would just shut up.

Probably the biggest mistake they ever made, my internet use must have doubled that day 😛

I’m forever thankful of Moonkitti for introducing you to BlogClan!!!!!!! 🙌 (and your parents for finally saying yes very good job schmoozing them 😉 )

Q: If you could actually sell your soul, what would you sell it for? 😈

That’s a hard one 😛 if I could sell my soul……. I think I’d sell it for being braver 😛 it sounds like a really stupid thing, but I could have got out of a lot of bad situations if I was a tiny bit braver. Also I’d totally sell My soul for a chance to meet some blogclanners in real life ! That’d be so cool ! Apart from the fact I’d be soulless sooooooo I’d be all evil and stuff 😛 On a sadder note, I’d probably sell my soul if it would bring Rain back 🙁

Q: Which canon warriors character do you think is most like you?

I’d say that I really relate to both Hollyleaf and Alderheart. Hollyleaf because she struggles to really understand who she is and where she fits in. Also she likes following rules which is quite a bit like me 😛

I think I’m like Alderheart as well because I’m quite anxious, but also form strong bonds with friends, as I see he did.

I also think I’m a bit like Sandstorm as I’m reallt stubborn with certain opinions, and if I believe one thing is right then I’m not going to change my mind !

Q: What are your hobbies outside of reading + browsing the internet?

My favourite hobbies are probably drawing, writing and roleplaying. Though Roleplay may not count, because I do roleplay on the internet and not at all off of it. I spend so much time drawing yet often rage quit the drawing because I’m a perfectionist with art !

Writing I do less often, but I still love creating stories, even if they never do get finished ! I used to do some needle felting as well, but I don’t do it that often anymore ! I used a lot of exclamation marks then 😛

EDIT: OH SHOOT I FORGOT TO ASK MAPLE WHAT SHE LIKES TO FELT AND NOW I’M REALLY CURIOUS. MAPLE IF YOU SEE THIS, PLEASE TELL US, I’M DYING TO KNOW. xD 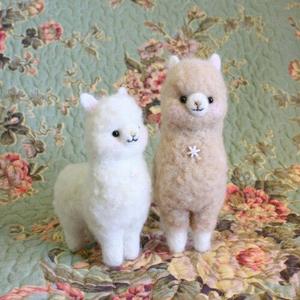 Q: What made you choose your warrior name, and did you consider going with any other name?

Ohhh yeah this one I have a whole story for ! So first off, some background info. One, my hair is ginger and two, my family go on holiday to Canada at least once a year most years. So I kinda put them together and was like BAM my prefix is Maple –

I nearly went for Maplestream and Maplesnow was another of my favourites. I even considered Robin Perched on Maple Tree / Robinperch at one point, and to this day, that would be my name if I had to change it !

Pizza toppings is easy ! I’ve been told sooooo many times that I’m really boring because I just have margherita pizza ! It’s soooo good. But if I’m feeling different I’ll just have a pepperoni. Once I had a nice bacon and cheese pizza in Canada though……. but margherita is my favourite 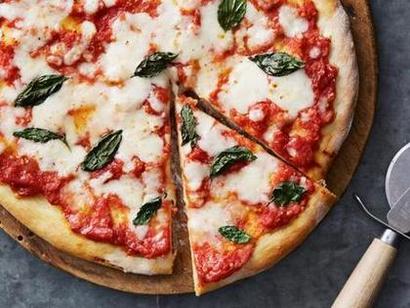 (this interview would not be complete without a picture of pizza)

I think I’m going to have to list some of these, have many I loveeeeeee. Favourite canon ship is probably Leaf x Crow and yes….. I love this ship I don’t get the hate (Cramble is pretty good as well 😝). But non canon………. this is when my little shipping mind goes MAD

I love Leafpool and Sorreltail as a couple, I actually wish that had been canon. Buuuutttttt I do have a soft spot of Alderheart x Puddleshine and some stupidly rare ships like Tuna x Tigerheart . Littlecloud x Cinderpelt is an old ship but a good ship as well, i think that was the first ever thing I shipped. But I really can’t choose out of those lot !

Q: If you were granted three wishes, what would they be?

Three wishes………… oooooo this is a tricky one. But first I’d gather whether this is an evil wishing well and if it was I’d give over specific wishes so they can’t be corrupted 😛 just don’t question how I think……..

I think my first wish would be to be braver because …… I’m not 😛 My second wish would probably to meet loads of people from BlogClan and remain friends with them, because sometimes it is quite hard to have online friendships……. also if I met bloglcanners in real life I’d totally introduce them to my real life friends. Because why not !

For my last wish, I think I’d want to be able to talk to animals. That’s always been my answer if people ask what super power I’d like, and it would mean I would never be lonely. I was going to say be better at drawing buuuuuutttttt oh well who cares that can happen with time

Kiss marry kill is actual h*ck at school when you hang out with a group of three boys ……..

But this one’s good 😛

Kill Tigerheart definitely, it’s not that I don’t like it just….. the others are better. Ummm the other two are hard, I think that it would have to be kiss Whitestorm, marry Leafpool because she’s so nice and kind to basically everyone ! I love Leafpool, she’s not one of my favourites but is just a generally good cat. And whitestorm doesn’t seem very committed to his mate in the books, he’s a great cat but yeah

Q: If you could domesticate any animal/mythical creature to be your pet, which would you choose?

If I could domesticate any animal I think it would beeeeee ooooo THATS so hard ! I’m a real animal person, so I’d try to domesticate almost everything if I could !

(Had a blue one called Riptide on a how to train your dragon game !) 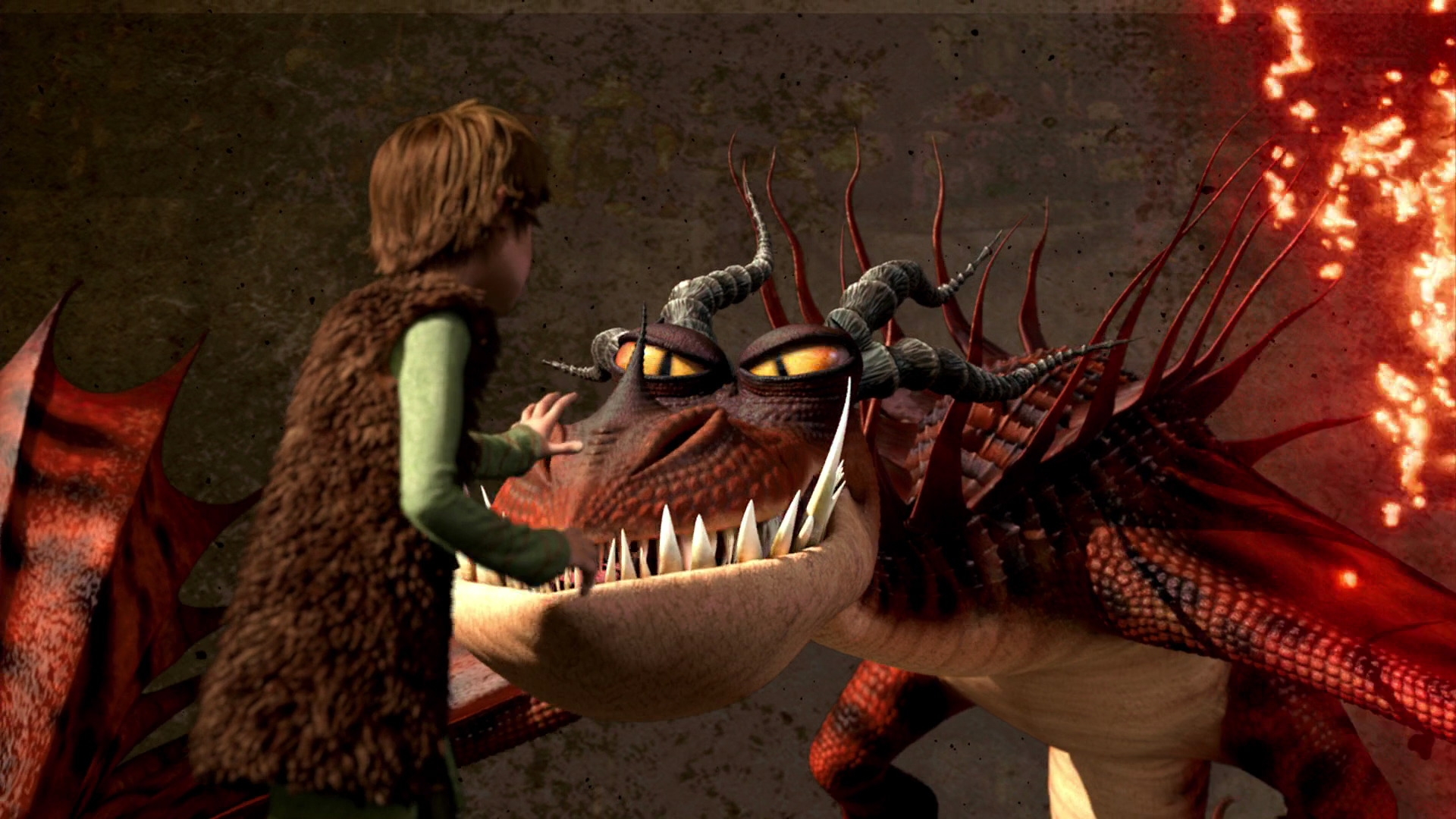 Well this is an interesting one. I am soon going to be running two roleplays at the same time !

The first is Divided Society, set in a group of clans where the dictatorship of Screech’shi and her monarchy divide the clans by eye colour. But it is an unjust system, where cats who speak against the monarchy are killed and some murderers are praised for their actions because they lied about their motive. So a rebellion is rising, and something strange is happening to the clans.

The second which hasn’t even been posted on the blog yet is Nemesis. It’s a more fantasy based one, very very similar to the Tests, but with more mystery. In a world where cats souls are decided by the soul chooser Sielos, some cats have ended up with the same soul colour as each other. And because of this the world is dying. These cats have all been gathered on a different world, with powers as an outlet for their soul energy. But a few lies have been told, and the cats believe they are only here to discover their nemesis and rid the world of them, so they can continue to live a happy life. But really, Sielos just needs half these cats to die, so the new world won’t be as broken as the last.

A bit more complex, and will have some great plot twists, but I’m especially excited as the cats come from the same world as the Tests characters were left after that finished, so people who were in that Roleplay are able to create descendants of their characters !

I was thinking about giving up the divided society, but I have decided I will keep it !

EVERYONE PLEASE CHECK OUT (AND CONSIDER JOINING) MAPLE’S AWESOME ROLEPLAYS!!!!!!!!! 😀 👇