Announcing the first details about the 26th chapter of Trailing Stars – including its editor!

It’s hard to truly measure Kat’s contributions to BlogClan, but they begin far before we moved to our new territory in 2016. It seems appropriate then, as Trailing Stars moves towards its endgame – 6 years after it began – that Kat returns to make one last contribution to the saga.

Chapter 26 is the story of BlogClan’s recovery, of optimism, and discovering a renewed sense of identity. Focusing on the fallout from the past chapters’ conflicts, this instalment is filled with resolutions – from the kits, to Kat and Copperclaw. And it’s a chapter which looks back as much as it does forward, build upon the team dynamic of the Clan.

In many ways, then, it’s a love letter to BlogClan itself.

The once-quiet morning camp was now filled to the brim with light conversation over breakfast, imaginary monsters being defeated by very real apprentice- and kit- heroes, and something that bore no actual noise, but was almost tangible; the quiet and internal reflection of a beautiful world.

It also circles back to the 16th instalment of the saga. When I sat down to discuss the chapter with Kat, she made a point, amongst other things, of stating that she “purposely made the chapter parallel [chapter 16] in that [the characters] are all now happy and secure in their territory”, that BlogClan now “has a sense of identity as a team”.

“It was only a few days ago when patrols were one of the scariest experiences in the world, and we’d have to drag the kids from their nests…and they’d be just miserable about their situation, stomachs painful with hunger…and look at them now.  Look at us now.  It’s like a dream.”

It’s easy to relate to the sentiment of the chapter, then. BlogClan as a group, a website, and a community, has grown and evolved so much over time, and Trailing Stars with it. No two years on the blog have been the same, and Trailing Stars is a time capsule for each of them. With just two instalments remaining in the saga, chapter 26 promises to be a moment of honest, warm reflection. In the hands of a legacy member of BlogClan, and arriving at this point in the tale’s long, sprawling history, chapter 26 looks to be one of the most interesting pieces in the Trailing Stars puzzle so far.

The story changed paws (and changed plot) countless times as each warrior took a turn adding something new.  By the time it returned back to Kat, it was incredibly silly; Iceflower was somehow Kat’s son (or, as Iceflower interrupted, Kat’s “favorite” son), and Cakeheart had somehow commanded reign over a herd of flying pigs, and Duskthorn could somehow timetravel and reverse the events of Nightstar’s reign…and many other additions, each with a new ingredient of spice and flavor just as unique as the cat that added it.

As we move towards chapter 26, it’s also time to perform the traditional BlogClan ritual, as Jerry the Jar opens up and announces the editor of the next chapter. In this 8th instalment of the Jar series, we will be announcing the editor of chapter 26; tune into the video below to find out who it’ll be, and get ready for the next instalment of Trailing Stars, coming soon!

Chapter 26 will be released fall 2019, published exclusively on BlogClan.

Congrats Monkey! And that was a thrilling video josh 😛 Can’t wait for chapter 26!

Rip Jerry, we shall forever hold you in our hearts ❤️ 🗑

10/10 filmmaking. I’m enthralled.
As always, amazing job on the art (and of course, writing), Kat. Good luck with editing, Monkey! 😀 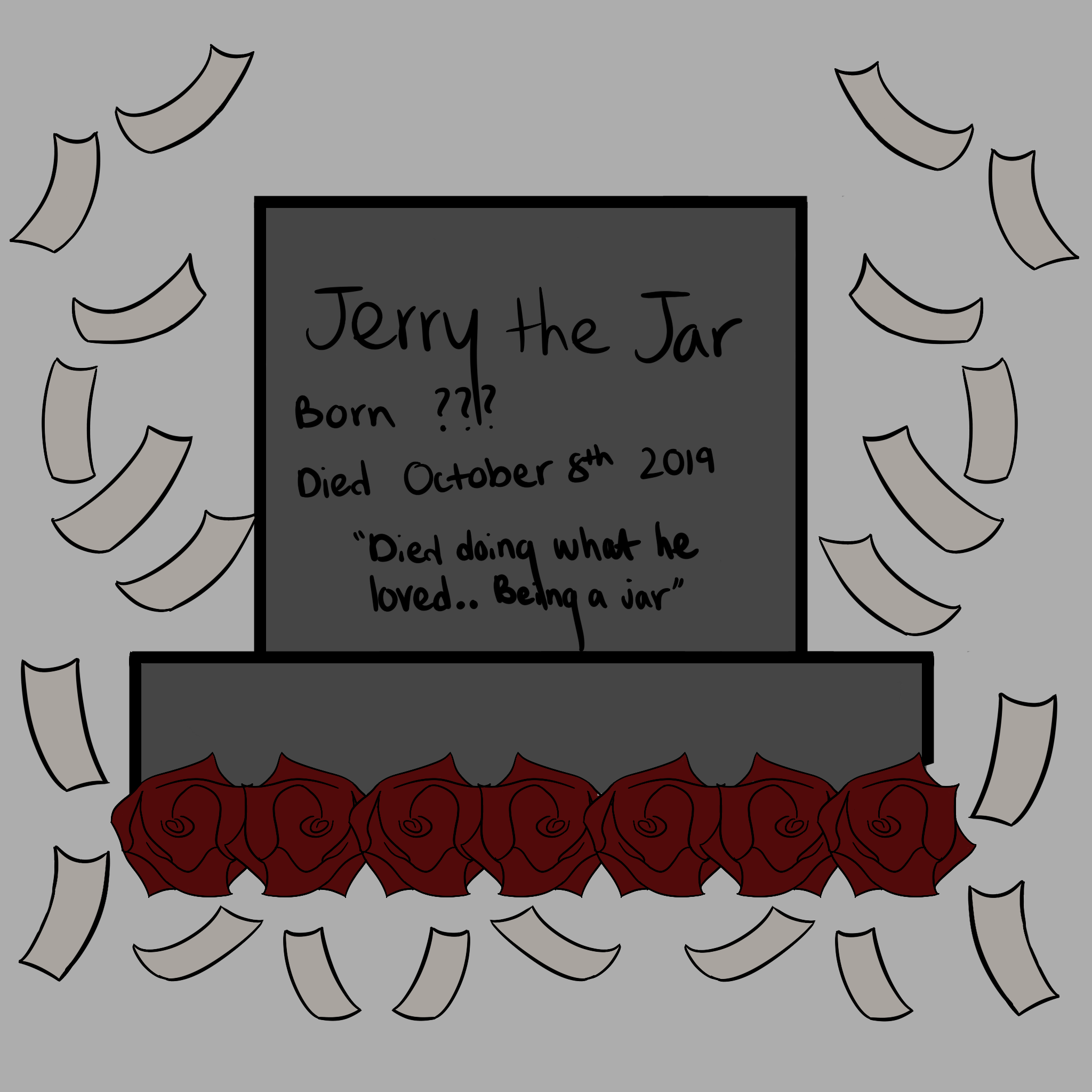 We will always remember him

Briarpaw, who- AHHH! LOOK OUT! SHE'S RIGHT BEHIND YOU!

Wait is this the last chapter?

Nope, but Trailing Stars is ending soon! We have two chapters left after 26, I believe 😀

I have so many questions after watching that

Second
who killed Jerry the Jar????? 😮
(it was Josh wasn’t it …..you never do suspect the crime scene photographer, do you)

If Detective Kilner requires further assistance in solving the case I, Dr Watsun, can always be of service, surely

Congrats Kat and Monkeyfur, you’re both gonna rock it!!!! 😀 ❤️

WE MUST FIND THE KILLER

I’m sure you’re doing great! (Sorry for being late)