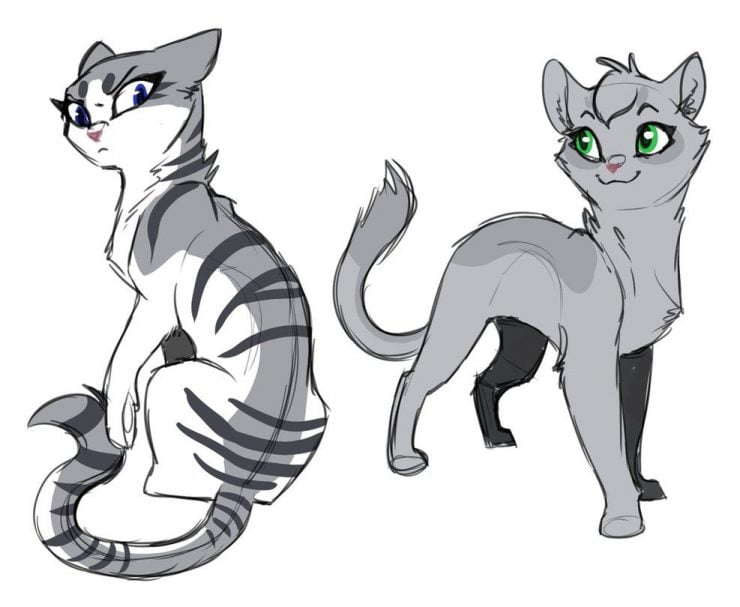 Who is the Best She-Cat of the Year? by Cedarstripe

To start off, I just want to say hi. I’m Cedarstripe, and I’m new to BlogClan. I have loved both writing and Warriors for years, so this is the perfect site for me!
People (who like Warriors) have asked me countless times. I would say that it is a fair tie between Cinderpelt or Ivypool, but the time has come for me to make my decision. Who is the better cat?
Today, I’m going to be analyzing both Cinderpelt and Ivypool’s personalities and history to deem who is the better warrior cat. Happy reading!

#1: Cinderpelt
Cinderpelt has a history of being daring, energetic, and spirited. Even though she ahs suffered a life of hardship, she is still able to make a purr rumble in her throat and make every cat laugh. She can put on optimistic personas if she chooses to, and rarely has a moment of anger.
When we first see Cinderpelt, she is being apprenticed to Firestar. In her opinion, that’s amazing, because she already had a crush on him. She proves herself to be very determined and full of energy, often leading to bending or breaking the rules that Firestar lays out for her.
While sneaking out of camp against orders to deliver a message to Tigerclaw, she is hit by a monster on the Thunderpath and barely survives. Firestar blames himself every day for this accident, and Cinderpelt realizes she can not be a warrior. She recovers under the care of Yellowfang, but her spirit and enthusiasm is dampened. Finally, Yellowfang notices Cinderpelt’s talent with herbs and invites her to be an apprentice medicine cat. Cinderpelt accepts this invitation eagerly and becomes an apprentice medicine cat, and then a full medicine cat.
She then helps two sick ShadowClan cats without Clan permission, and actually cures them, inspiring Littlecloud to become a medicine cat himself. She participates in the battle with Scourge as a medicine cat, and takes Leafpool as an apprentice in the next series.
Things start to get rocky for Cinderpelt after she makes the Great Journey to the lake. She is told the unfortunate news that she will die soon, but holds this burden on her own. She catches Leafpool and Crowfeather together, and when she questions Leafpool’s actions, Leafpool becomes angry and runs away to Crowfeather, breaking Cinderpelt’s heart.
Cinderpelt is delivering Sorreltail’s kits when the badger attack commences. Cinderpelt gets her throat torn out trying to defend Sorreltail, and Leafpool arrives to see her mentor dying. After she dies, Cinderpelt learns that she has been given an extra life in Cinderheart, Sorreltail’s newborn kit. Cinderpelt lives happily as Cinderheart until she is cast free from Cinderheart’s body, and goes to StarClan.
So we have determined that Cinderpelt is courageous, daring, and outgoing. But she is also sensitive to words, because when Leafpool snapped at her, she did nothing to stop her, instead watching her leave without a fight. This makes her vulnerable in a way, a way that many would say warriors do not possess. But I hold the belief that every warrior has a weakness, and that leads me to my next cat, Ivypool.

#2: Ivypool
Ivypool. Loyal, smart, sly. Some would even say selfish, or mean. But what hardened her was her long life of pain and being misunderstood. Who could blame Ivypool, when you’ve read deep into her history?
Ivypool is introduced when Dovewing and Ivypool become apprenticed to Cloudtail and Cinderheart (again, CINDERPELT!!!). It is quickly realized by both apprentices and mentors that Dovewing has superior hunting and fighting skills to Ivypool, who begins to feel frustrated and upset that Dovewing is getting all of the attention because she caught the fattest pigeon on the prey pile. The beaver quest doesn’t help matters because Dovewing was selected to go on the quest, but not Ivypool. Because of this, Ivypool becomes very bitter and angry. When Dovewing comes back, the siblings seem more distant and separated then they ever had been.
Soon, Hawkfrost comes to Ivypool in a dream and trains with her. (I have my suspicions that Ivypool thought Hawkfrost was attractive. I mean, look at that face!). Eventually, Hawkfrost invites Ivypool to the Dark Forest to train, where she feels good about her fighting skill and not constantly overtaken by Dovewing, like in the Land o’ the Living. The two siblings fight even more, and by this point Ivypool has realized that Dovewing spends not enough time with her training, but with Lionblaze and Jayfeather. Dovewing then finds out that Ivypool has been training with Tigerstar, and desperately tries to persuade her into stopping her Dark Forest training. This doesn’t help at all.
Tigerstar convinces Ivypool to lie to Firestar and get him to attack ShadowClan, which turns out to be a serious mistake. Firestar loses a life while Lionblaze accidentally kills Russetfur in defense, and Blackstar deems the battle has gone too far. After the battle, Jayfeather and Lionblaze corner Ivypool and manage to convince her of spying on the Dark Forest instead of working with them, because by now she has realized that the Dark Forest is actually evil, and so is Tigerstar.
But that doesn’t stop Ivypool from disliking her sister even more. She is angry once again when recently made warrior Dovewing gets to go on the quest to the Tribe of Rushing Water, but she doesn’t. But they manage to make up in the final battle, where Ivypool convinces the Dark Forest cats (living) to fight with the Clans instead. She and Fernsong become close and have kits, with Fernsong staying in the nursery rather than Ivypool.
Later, the next series begins and when Alderheart and Needletail find Twigbranch and Violetshine, Ivypool takes Twigbranch as an apprentice. She is shown to be very kind to Twigbranch, even agreeing to look for her mother with her apprentice, and helping Twigbranch when she realizes that her mother is dead and gone.
She is still friendly to Twigbranch when she moves into SkyClan, and backs her up when she decides to return to ThunderClan with Finleap.
We have not heard from Ivypool in a while, but we can determine many things about her from her past.
She is caring to most cats, to the ones she trusts and loves. For example, she will always stand by Twigbranch’s side, as well as Fernsong’s. But she is a bit easy to trick, while she was young and naive. That is most likely why she will always be wary of anything that strays in her path. Not a good quality to have, but she can’t help it!
So, in conclusion, I am going to call the name of the best tough she-cat out of these two. And the winner is…
IVYPOOL!
Congratulations, Ivypool! You have been named the Best She-Cat of the Year!
While I love Cinderpelt and care so much about her, I don’t really identify with her. I am more of a pessimist, and if I had a broken leg and someone told me I couldn’t be what my lifelong dream was, I’d probably stay depressed for the rest of my life. Cinderpelt has a ton of energy, which I will never have.
Ivypool is a cat that I can share experiences with and connect with. She is easygoing, like me, but also stubborn, like me. She is quick to judge and mostly a pessimist, but has a good heart in the end, which I think pretty much describes me.
Thanks for reading! Cedarstripe out!

P.S: I picked Ivypool as the best she-cat, but I want you to decide as well! Who is better? Cinderpelt or Ivypool? Vote right here: https://strawpoll.com/hag6vqoqf 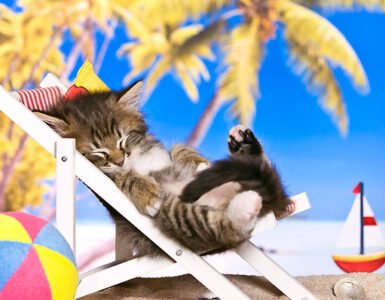 The time has come to decide our champions for the June Gathering of 2021! 🌊 Will it be the Orcas, Clownfish, Dolphins, or Hermit Crabs? These past two days were a blast and I can say for sure that whatever the outcome... 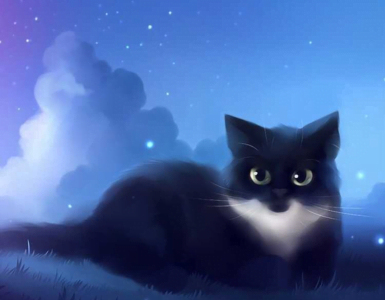 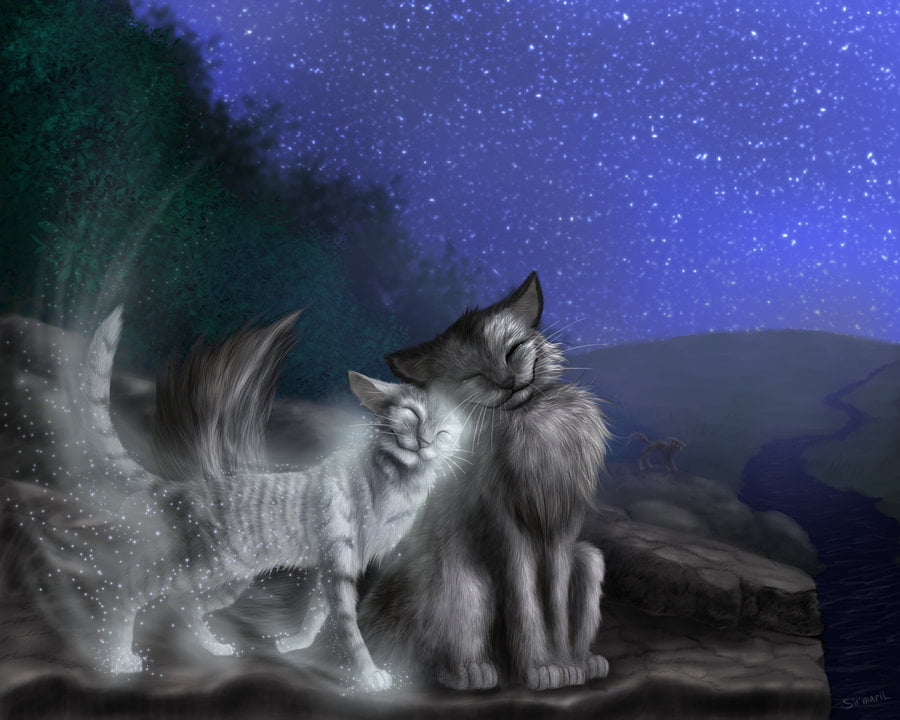 Brillig argues why all the forbidden relationships in the series were punished.

Tyrantstorm wonders if the fresh-kill pile is actually useful or not in clan life.