Hi, it’s Briarshine with my first article! I’ll be talking about Leafpool and Crowfeather’s relationship!

We first see Crowkit in Ravenpaw’s Path, trying to climb the Great Rock (um… I don’t really remember the name), trying to see how it feels to be a leader. Ravenpaw and Barley tell Crowkit everyone’s looking for him, and he answers that he doesn’t know why.
We can see that his mother and father, Deadfoot and Ashfoot, are busy.

We see him again in the New Prophecy arc. He’s the WindClan apprentice, chosen by StarClan (precisely, his father, Deadfoot!), who is extremely grumpy.
The others, Brambleclaw, Squirrelpaw, and Stormfur, don’t like him, except for Feathertail, the RiverClan cat.
Feathertail cares for Crowpaw, and it leads to love.

I don’t want to believe Feathertail truly loved Crowpaw, only that she was a big sister figure to Crowpaw.
But Crowpaw loved Feathertail because I think she was the only cat who actually understood him and stuff.

After Feathertail dies in Book Two or Three, Crowpaw is devastated. He blames himself for Feathertail’s death, saying she would not have come back to the Tribe if he had not gone.
Feathertail and Crowpaw were not mates.
(I mean, in Crowfeather’s Trial, in Crowfeather’s dream, he thinks that ‘Now we’ll never be mates and have kits’)

When Crowpaw gets his warrior name, he specifically requests his name be Crowfeather, ‘in honor of the cat who did not return from the journey’.

When Leafpaw comes to WindClan to help somebody(Um… oh, yes, Darkfoot) and Morningflower, Crowfeather snaps at her because he doesn’t want his feelings revealed.
As he has to spend more time with Leafpaw alone, he acts more grumpy, trying not to let his feelings slip out. He doesn’t want to be accused of disloyalty again, since many cats would have guessed something was on him and Feathertail from the naming ceremony.
Onewhisker tells Crowfeather to accompany Leafpaw back to ThunderClan and give Firestar his message about boundaries.
He acts grumpy to her, but when she says thanks, he’s so… um.

At the end of Firestar’s Prophecy, we see Leafkit and Squirrelkit.
Later, we see Leafpaw as a main character in the New Prophecy arc. She trains as a medicine cat apprentice under Cinderpelt. I honestly don’t remember what she did when her sister and the others went on the journey, so I’ll skip.
When her sister and the others return, she greets Squirrelpaw dearly. She wants to be close with Crowfeather, probably because she’s not comfortable being so far from the others.

She gets the impression Crowfeather doesn’t like her, as he snaps at her when she goes to help Darkfoot and Morningflower and doesn’t trust him enough to tell him RiverClan is suffering. Of course, she didn’t have to.

She receives her full name, Leafpool, by finding the Moonpool.

Now, when Leafpool was standing guard for WindClan and ShadowClan, she gets run over by two ShadowClan warriors (who break their necks, according to Brightheart), and is barely hanging on a cliff.

Crowfeather comes over and stares at her. Leafpool pleads for help and sees Crowfeather muttering. She soon realizes he’s not talking to her, but Feathertail. Crowfeather eventually helps Leafpool up, and when Leafpool tries to ‘lighten the atmosphere’ by saying she must have been the last cat she wanted to save (based on the facts when Crowfeather was nasty to her), but Crowfeather confesses his feelings for her, and Leafpool gladly accepts.

They meet a few times after the confession, and Crowfeather pressures Leafpool into leaving the Clans. Though Leafpool loves Crowfeather, she doesn’t want to leave her home.

But when Cinderpelt tries to stop Leafpool from going, she runs away, and when Spottedleaf tells her the vague message, ‘Follow your heart’, Leafpool thinks Spottedleaf means to go away with Crowfeather, and goes away.

When Midnight tells Leafpool and Crowfeather the badgers are going to attack the Clans, they return (well, Leafpool returns, and Crowfeather follows). They have to give up their relationship, and they go on to have ‘normal’ lives.

Crowfeather goes and mates Nightcloud, for loyalty reasons, and has Breezekit (later Breezepelt). It is shown that they still have lingering emotions.
Though Crowfeather says he doesn’t love Leafpool anymore in Crowfeather’s Trial, he still shows great concern for Leafpool who is in a cave (I think he was ignored by Bramblestar and Squirrelflight then!), and shows grief for her when *spoilers for Squirrelflight’s Hope and Lost Stars* Leafpool dies from a rockslide.

1-2 They have like, the SAME personalities, honestly!
I think Crowfeather just liked calm, gentle cats unlike Nightcloud.

2) They BARELY had any chemistry!

Um… I think I listed them up there?
Leafpaw kept noticing Crowfeather… and… stuff.

3) Together for like, two days? Then boom! We don’t know each other, bye!

They didn’t have any choice…

So, that’s the end of my article, and thanks for reading!

At the end of the day I just feel bad for Crowfeather two real relationships in the trash.

0
Reply
View Replies (2)
Maplepaw/spot is only on sunset

Great article! i enjoyed this topic a lot.

Yay another LeafxCrow supporter! I wasn’t even aware that people thought they didn’t have any chemistry. 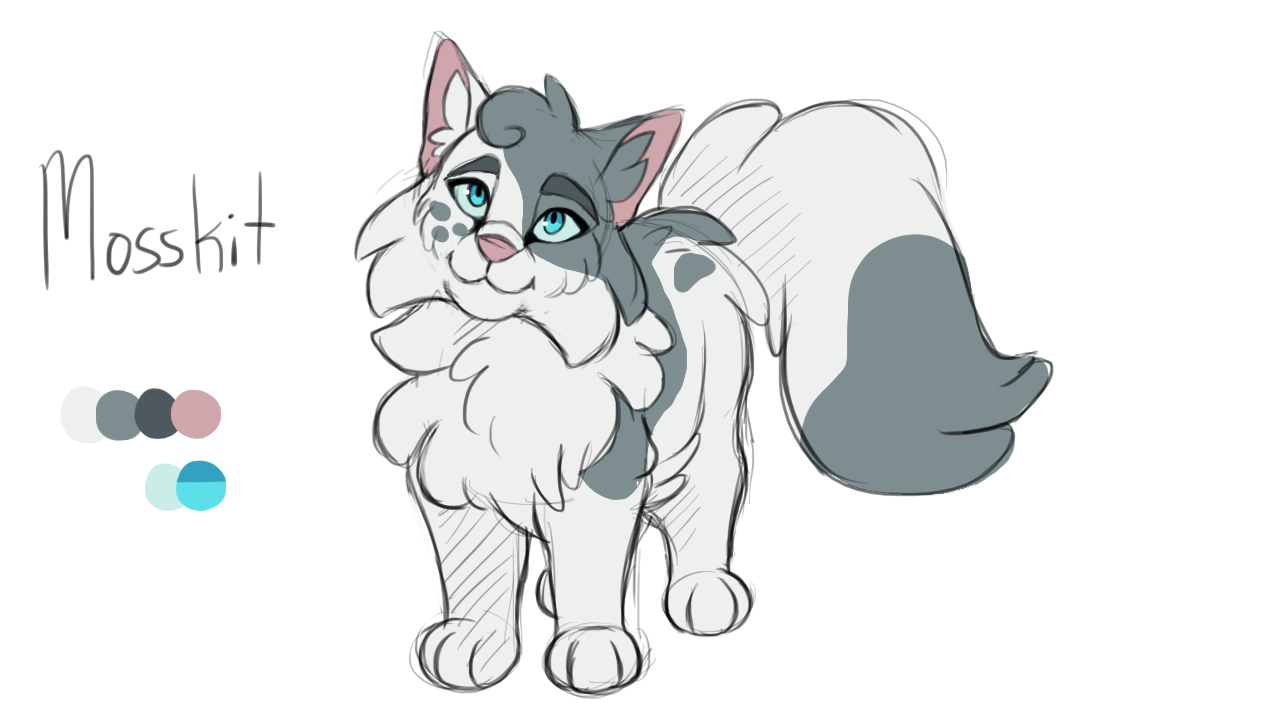 The Mess ThunderClan has Become by Ravenflight

Where did Midnight’s power come from? by Rockpelt