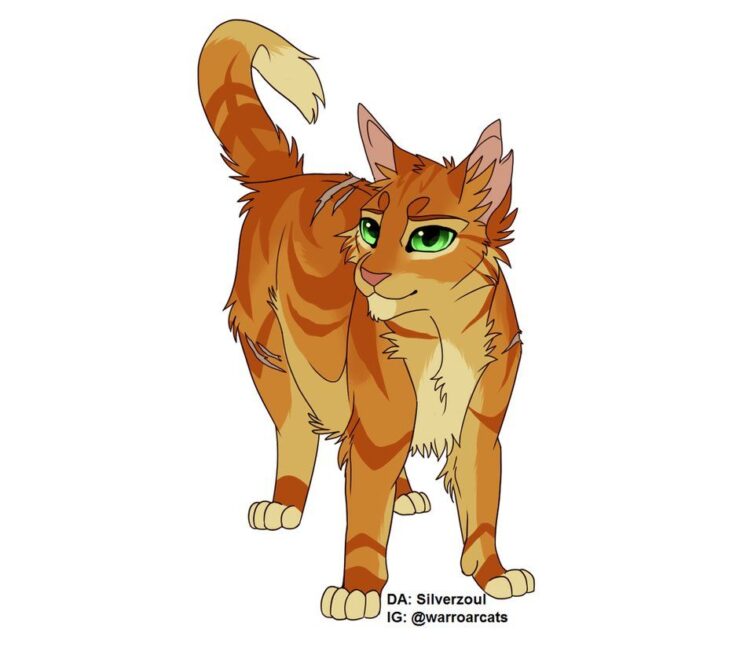 Fallenfeather discusses what cat designs should be used in an animated adaptation of the Warriors series.

Hello, what’s up my Warriors peeps? Haha, just kidding! It’s Fallen, and today I will be writing an article that I have not seen written by anyone else on BlogClan.
If there was a Warrior Cats: Into the Wild movie or TV show, what would
the cats that are featured in it look like? Now, I don’t want to get anyone’s
hopes up on there actually being a official Warriors animation,
(even though I pray there will be 😉) I’m just gonna be talking
about if there were one, what I would want the cats in it to look like.
I will also just be assuming that it would be animated, rather than life action.
ENJOY READING!!! (Remember, these are just my opinions!)

Firestar
Let’s begin with the OG, Firestar. Now, we all know he’s a
flame colored tom with green eyes, but I will be going
deeper into his features than that. I believe that in the Warriors
animation his pelt would be bright orange, with a decent
amount of darker orange tabby stripes. I think that he would
also have pale colored paws and a pale tail tip. His eyes have
always been described as green in the books, therefore I believe that they would be
bright green, and quite vivid. I would want him to be short-furred, and
not floofy (which is my cat’s name lol) like some people imagine him.
I also think it would be cute if he had a few scars from his fight with Longtail
when he first joined the clan. I found this picture on the web, and it is
a pretty good idea of what I would want Firestar to look like!

Graystripe
I. LOVE. GRAYSTRIPE. He’s just plain out awesome! I’m currently reading his
super edition, Graystripe Vow. I think that in the Warrior Cats movie or
TV show he would be gray, with a darker gray stripe down his back going to the tip
of his tail. I mean, that is where he got his name in the first place 😛 He would
have a lighter gray muzzle, chest, paws, and underbelly. I also think his ears
would be darker gray, to match his stripe on his back. I would want his eyes to be
kind of a darker yellow, rather than amber like some of the books say. Oh, how
did I almost forget?! Unlike his buddy Firestar, he would be very fluffy X3

Bluestar
Oh, yes, how could anyone forget this she-cat? We need another female leader for StarClan’s sake! I know everybody hates her because of the whole
“StarClan has abandoned us” thing she went through, but honestly, I forgave her a long time ago for that! She went through so much in her life time, such as going into battle and losing her mother as an apprentice, seeing her own sister killed on the
thunderpath, and even giving up her kits and mate for her clan and having to tell them her kits died. So yeah, when Tigerclaw tried to kill her, I’m sure she just couldn’t take
the pressure and reality of life anymore. I would want Bluestar to have more of
a lighter blue-gray pelt, with a whiter underbelly. I always imagined that she had bright blue eyes and a long tail with a white tail tip at the end. I would also want her to be fluffy, but not too fluffy (especially in the tail) She would be adorable 😋 I also think it would be cool if the animators went with the classic scar across her shoulders thing too.

Tigerclaw
Am I the only one who kind of misses this guy?? He
was the first Warriors villain anyone really knew
about. He was so interesting too! Even after his death,
he continued to work to conquer and destroy the clans.
And honestly, his death scene was EPIC! It has to be one of
my favorites of all time 😜 I would want Tigerclaw to have
his classic brown tabby pelt, but I would like if the animators did not go overboard
with his stripes. I would like for him to have darker brown paws, and a lighter chest
and tail tip. I always imagined Tigerclaw to be thick furred and very big, because
why not? 😛 He would also have bright amber eyes with thin slits, to show his
evilness, MAHAHAHA! Omg, why did I just do that? lol He would also have his sliced
ear, and scar across his nose. I found this really awesome picture of him and it is
pretty much what I think he should look like!

Yellowfang
Oh Yellowfang, your so awesome, yet you let Ashfur into StarClan! How could you do that?? He deserved the Dark Forest 😠 But even though she did that, I still love her. I just got Yellowfang’s Secret, and I can’t WAIT to read it! Her life is so sad and painful, yet she still never loses her faith or hope. But anyway, I think she would have very messy gray fur. Her fur would also obviously be long haired and have many scars through it. I think she would also have lighter gray eyebrows and ear tufts. And for the obvious part, her yellow fangs!!! Am I the only one who DIDN’T think she was yellow when I started reading Into the Wild? But yeah, I would also want her to have bright amber eyes, and above her eyes she would have her classic scars 😛

Spottedleaf
Spottedleaf is just a Mary Sue. Well, somebody had to say it! Firestar has described her as beautiful waaaaay to many times, and he even said she smells good! Okay, I like Firestar and all, but that’s actually kinda creepy. I mean, like, what shampoo does she use to make guys fall for her so much?! okay enough with the rant Fallen, my gosh. In the Warriors animation, I would want her to be mostly black, with a few orange tabby patches here and there. She would also have a couple white patches and a white underbelly. She would also have a white muzzle and a black nose. I would want her to have amber or dark yellow eyes. I would want her to be somewhat long haired too, and what I mean by that is her tail is fluffy and nothing else 😉

Ravenpaw
Okay, this guy acts like my cat! They both get scared of things really easily, and they both are scared of one specific cat. My cat is really scared of my other cat because he beats her up, but yeah. Ravenpaw is scared of Tigerclaw because he killed Redtail. Also, can people please stop complaining about Ravenpaw in Redtail’s Debt?? Everyone’s always like, “Ravenpaw doesn’t act like himself in that book. He’s acting like mini Tigerclaw!” But let me explain my thought, he never had anxiety in that book because that was BEFORE Into the Wild. His anxiety towards Tigerclaw may have started BECAUSE he saw Tigerclaw KILL Redtail. Which means he could have been a brave and courageous cat before he saw someone get MURDERED. I mean, that would screw anyone up for life. Okay, I think Ravenpaw would have an all black short haired pelt. The only white parts on his body would be his white patch on his chest, and his tail tail tip. I would want him to be scrawny and small also. I am also on Team Green Eyes for Ravenpaw, not Team Yellow Eyes, sorry 😜 What team are you on?

Welp, I guess that’s it fellas!!! What do you want the cats of Into the Wild to look like in the Warriors movie/TV show?
Bye! *Fallenfeather has left the chat* 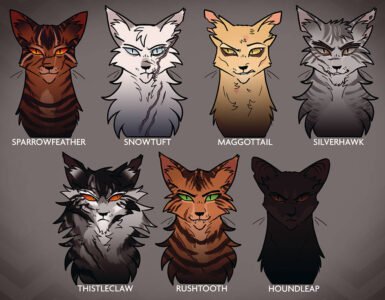 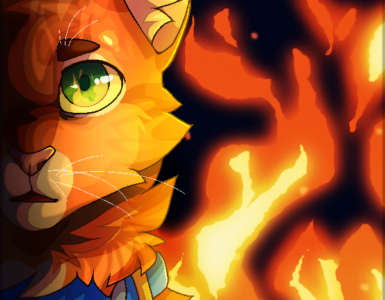 The FireClan Conspiracy: A Fanmade Theory by MalusClaw

MalusClaw shares a theory about ThunderClan. 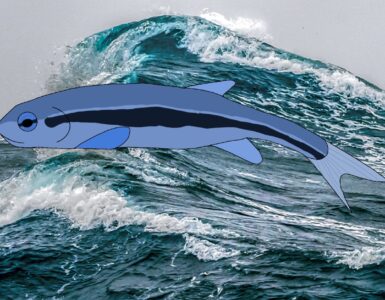 The FireClan Conspiracy: A Fanmade Theory by MalusClaw

Cats compared to Avatar: The Last Airbender characters by Falconwing