Hello, hello, hello! I got this idea from icestripe who rated riverclan leaders so I was like why don’t I rate thunderclan leaders? Please enjoy! (And please tell me if I can rate windclan, skyclan and shadowclan!)

Thunderstar 9/10
He seemed loyal to his clan and felt right there. He saved lots of cats from clear sky and knew he had a a great deputy. He raised some really cute kits and I think he was a pretty content leader.

Owlstar 5/10
He seemed to be very loyal to thunderstar. He always followed him. When he was in tall shadows group. When he left to go to clear sky’s camp owlstar followed. And when he left he still followed. When thunderstar dies I think he’ll be really lost.

Whitestar 0/10
All we know about him is that he attended a few gatherings where they made some new parts of the code.

We don’t now much about but we can tell he is loyal to his clan by making a new part of the warrior code “There will be a new rule in the warrior code! There will be no fighting on the time of the new moon. The truce is sacred and will be protected for every gathering.”

Lionstar 0/10
He was in code of the clans like many other leaders so all we know he did has say that cats should patrol their borders regularly.

Vinestar 0/10
All he did was say that the word of the clan leader is the warrior code. All he wants is more territory!

Morningstar 1/10
I don’t think he was a very good leader. He lwet his clan suffer because his idea was rejected.

Redstar 1/10
He was a bad neighbor to skyclan. He battled them for territory, and made them leave the forest.

Oakstar 0/10
All I know about him was that mapleshade had deeply hurt him. Whem his son was killed he felt distraught. He also had his daughter frecklewish killed.

Doestar 9/10
She is said to have been wise and helpful. She served her clan for a long time and died after the great hunger. I think she was a good leader.

Pinestar 2/10
He served his clan well until he became a kittypet. I also don’t think he should go to starclan if he’s a kittypet.

Sunstar 10/10
He was a great leader. He served his clan well and every thing he did, he did well. He encouraged moonflower, and was a great choice as a deputy.

Bluestar 5/10
She was a great leader until she stopped believing in starclan. She even gave up her kits for her clan!

Firestar 10/10
He sevred his clan very well. In fact he gave up all of his lives for his clan. (except one he lost to illness.)

Bramblestar 6/10
He was a good leader but a terrible mate. He also let kittypets in his clan. Which other leaders would have him come of as weak.

I hope you enjoyed this article and goodbye!

Crystalcloud shares their favourite characters from the series. 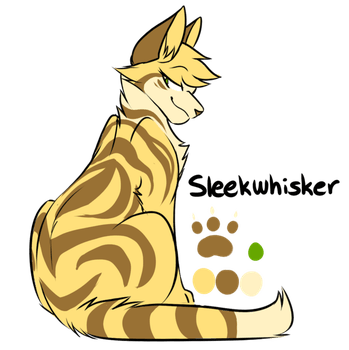 Turtlepaw explains why they think Sleekwhisker deserves the chance to tell her own story.