How Warriors Uses the Meanings Behind Colors by Briarpaw 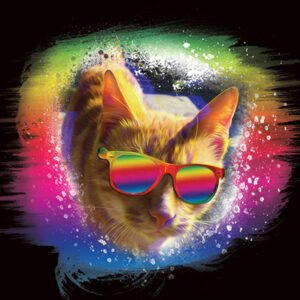 Briarpaw analyzes the use of colour in Warriors

Hello everyone! Ria here. I love art, and one of the most interesting concepts to me are the meanings behind colors. Our brain associates different colors with different things. And I love seeing those meanings used in works I love. But I just had the thought that Warriors utilizes these meanings too. I thought it would be fun to explain this in an article! I will be focusing on the cats from The Prophecies Begin. There will be major spoilers for that arc!

First, take a look at this picture, which shows the meanings.

If you think about it, different objects of these colors have the same meaning as the colors themselves. (I am bad at explaining, I hope this makes sense.). For example, red is the color of hearts and roses, green the color of plants, and yellow is the color of the sun.

Here is another picture but it includes more meanings and black, brown, and white.

First, let’s look at the color orange. Orange is associated with freedom, original, optimism, pleasure, youth, daring, excitement, and warmth, among others.

Firstly, Firestar is the original warrior cat.
He is also young and longs for freedom, which he eventually gets when he runs away to ThunderClan. There, he makes new friends. Spottedleaf and Bluestar are also optimistic about Firestar because he is destined to save the clan.

Many of these traits, such as warmth, freedom, daring, and excitement, relate to fire as well.

Now, let’s look at his green eyes. Green represents loyalty, safety, security, prosperity, health, calm, peace, equalibrium, harmony, hope, and more. Firestar is loyal. Every other meaning I used was about him being destined to save the clan.

Next I want to talk about Bluestar.

I don’t have many comments to make here because that picture pretty much perfectly described Bluestar. Bluestar is calm, wise, and mature. She does not believe Firestar that Tigerclaw is evil. However she doesn’t seem to get happy too easily and later on is never happy.

Blue represents power, loyalty, success, purpose, logic, calm, intelligence, security, dignified duty, reflection, and more. Bluestar is a leader, so she is successful and has a dignified duty. But she is also calm and logical. She spends her life reflecting over her past actions- having kits with Oakheart and bringing them to RiverClan, which killed Mosskit. When she thought StarClan had abandoned them and Firestar was about to be killed by the dogs, she realized they hadn’t and saved Firestar by sending herself into the river (which is also the color blue). Her last moments are spent with her kits, and she is calm.

Finally I would like to talk about Scourge, who is black with a white paw, blue eyes, and a purple collar.

Finally, purple represents mystery, dignified, exclusive, regal, and sophistication. Scourge is at the top of the hierarchy in BloodClan and is mysterious.

I hope you all liked this article! I think you all got the gist of it but I could make another article about it in the future, because there are many, many cats. Thank you for reading! (I think this is the longest article I’ve ever written)