The kitty last round shall be known as… Cookiebelly by Navy! (The pic came from an article showing cats with weird markings and I thought I’d show one with a cookie pattern on its belly. The next pic comes from it too) Smokecloud came to my mind

(Get it? Hipster moustache?)

SPOTTED’S:
Sunnysplash, why did you smell like garlic?
– I had to chase the rabbit through a patch of garlic.

Prickleberry, what scents were found on Tigerflare’s body?
-The overwhelming stench of garlic. It drove me nuts.
Jayheart – was there any reason why Sunnysplash didn’t like Tigerflare?
– What are you talking about? Sunnysplash loved Tigerflare!

Sunnysplash, why were you smelling like garlic?
– I was chasing the rabbit through a garlic patch.

Sunnysplash, where exactly were you at the time of the murder?
– out on a hunting patrol.
Sunnysplash, did you not like Tigerflare? Why?
– No, I really liked Tigerflare! Not to spread the wrong message- I liked him as a friend.

———————–
I also added the genders of the cats! It will help you with your questions.

Sunnysplash, you came back to the patrol covered in blood and scratches. What happened??

Sunnysplash – did anyone go with you?
Beepelt – do you know if anyone liked garlic?😜

Fuzzystorm – who was out of camp at that time?
Bravestorm – how did you feel about Grassflower?

Tbh this round was cursed 😛
I think it was pretty hard, but it was a Dark Forest cat that sort of… possessed Halfshadow. Hence why the trees were way darker then they should have been.
Yeah writing this and it was definitely really hard! Sorry!
But I should have the next (and possibly final) round up soon! It’ll be easier!

Oh gosh
(Yes at least I had the right suspect)

Murder Mystery
Cinnamoncloud hissed, “I was in camp, you idiot! Looking after Firekit while Winterwatcher was out!”
Bristling, she returned to the nursery’s entrance, to watch the others be accused, eyes like a hawk’s, circling over all of the potential traitors.
The potential murderers.
“How am I supposed to know what fur lies in Spotpaw’s claws?” Sandfrost snarled.
Briarpaw´s expression was filled with shock at Sandfrost’s accusing of her. “Look, I have no idea who was out of camp at the time. She flicked her ear. I can only say that I was definitely in camp.”
Sandfrost’s ginger pelt bristled. “How was I supposed to know what Spotpaw’s fur smelt of? I was grieving!”
Rainberry narrowed her eyes. “Look, Briarpaw, it was the middle of the night and I was asleep. I have absolutely no clue who was out of camp other than Spotpaw. I have my own den, for StarClan’s sake. And Pebblepaw, I really have no clue since I thought you were on duty.”
Pebblepaw looked shocked. “I would never murder! No, Spotpaw was not an enemy of mine.”
“And the fur caught in her claws was ginger or brown. I couldn´t tell completely, there was so much blood…“ Conefrost said. Instantly, yowls of accusation split the air as each cat raked each others´ pelts with their eyes, searching for the murderer´s pelt.
“Every cat has answered their questions. Do we have any accusations?” Froststar meowed, flicking her tail. At that very moment, a gust of wind tears through the camp, sending shredded moss from one of the dens in camp flying. With it echoes Spotpaw´s message – again.
W.

Anyone is free to make an accusation. However, if you do, explain why. It can be a hunch, something based on fact, etc. The accused will have a chance to defend themselves in the next post, and then we´ll take a vote. Good luck!

Okay soooo… apparently I am a Meditator (I took several rounds of the test) so can you change it to that on the next round?

Juniperberry, where where you at the time?

Winterwatcher, did you go anywhere near the site?

Hmmm Pine has dark red tabby fur, that could look both ginger and brown.

Also, Winterwatcher, do you read Wings of Fire?

Winterwatcher is one of my cats 😛 and yes, I do.

Yep 😛 Winterwatcher was one of my … blog OCs? An OC that I made up that, instead of being in Warriors, would be on the blog 😛 oh gosh this makes me sound insane

Are you accusing me? If you ask a question, I’ll answer 🙂

Sure yes why not 🙂 Pineachu, I accuse you! Because you are reddish brownish, like the fur found between Spotpaw’s claws.

Pebblepaw, since you were on guard duty, did anycat but Spotpaw leave camp near the time of the murder?

Who are Spotpaw’s best friends? – Monkeyfish
So nobody should have been out of camp, correct? Rainberry

Pineblossom yowled, “Honeypaw has golden-brown fur, and she was an apprentice, so she must have been close to Spotpaw. Where were you at the time of the murder?”
Also I believe I put that I was a Defender 🙂

You probably put that and my brain just was stupid 😛 I’ll fix it next time, sorry!

Okay..*takes a deep breath*. I accuse Winterwatcher…for a silly reason, really. She’s the only cat in the Clan whose name begins with W

Same, honestly :0 Because maybe W also means… double of the same range of prefix and suffix… for example… Juniperberry. They’re like the same thing.

Alright, I am accusing Rainberry since she is very edgy and blaming it on everyone (well, Peb, really)

Nooo I’m a ghostie my luck has run out
10and3

Fawny With The Freckles (Fawnspots)
Reply to  Monkeypaw

…….. did you make a mistake typing the answer to the last question?

No, Frostfire didn’t have anything to do with the murder! HEHEH I was trying to trick you guys!

So in this game, I’ll give you three unknown cats with hints and you guys have to guess who it is! Inspired from Moonleap! The last three cats were Crowfeather, Hollyleaf, Leafstar.

Sol
Berrynoseee
Is number 1 Onestar? So then… wait, Graystripe, maybe?

Pls add to my allegiances, it’s a 3 pages away murder mystery! (Ha Ha)

Also, LEADERBOARD!
WINNERS!
Sunstep, by Sweet song that echoes throughout forest
Lightberry, by Frostfire
Beamspark, by Moonleap
Torchwater, Brairpaw
Rayshine, Shadow
Theme: light!
Leaderboard
2 points: Shadow, Sweet song that echoes throughout forest, Moonleap!
1 point: Frostfire, Brairpaw!
Good try Flamecloud, I did like ur names! Too bad there were only 5 apprentices…

Exotic plants? Idk not all of them are exotic…. I feel like there’s some connection that I can’t find 😛 Just Plants?

This rounds game is….GWHN(give warriors human names)
Basically, you might change say, Dovewing to Alice or something.

Ack this is hard

Round 8!!!!!!!!
Theme: Spiderwick!
Jared
Mallory
Simon
(Don’t forget, if you find the pattern that started in the last round, you get 3 points!)
Best of luck to you all! Winners will be posted in about a week!

Oh my goooosh I watched that movie on Saturday. Childhood bliss.

spiderwick was honestly my favourite thing ever omg

Jared/Simon’s actor is in my favourite show nowwwww it’s so fun to see how he grew. 😛

Sunnysplash, you came back to the patrol covered in blood and scratches. What happened??
– Well, it’s kind of a long story, really. I saw a really plump rabbit. I told the rest of the patrol I saw one, and I chased it down. It was really fast, and I wasn’t paying attention to much else, and a vine wrapped around my leg. The rabbit ran away, and I struggled to break free. I did, but it sent me flying backwards into a thorn bush. That’s all that happened, really. Nothing too big.

Sunnysplash, did anyone go with you?
– Go with me? No. I was the only one who saw the rabbit. It was really fast.
Beepelt, do you know if anyone liked garlic?
– Well, there’s a garlic patch on our border. Maybe the cat had gone out on patrol? But then again, Tigerflare was on a solo patrol when he was killed. He may have just passed through it before he was killed.

Also, do you guys need a hint?

Yes hint plz!
Sunnysplash, do you know anything at all about the murder?
(U can prob tell who’s at the top of my suspect list *cough*Sunnysplash*cough*)

I had to hand the hipster cat over to Emby, who’s name was Snazzyfur. 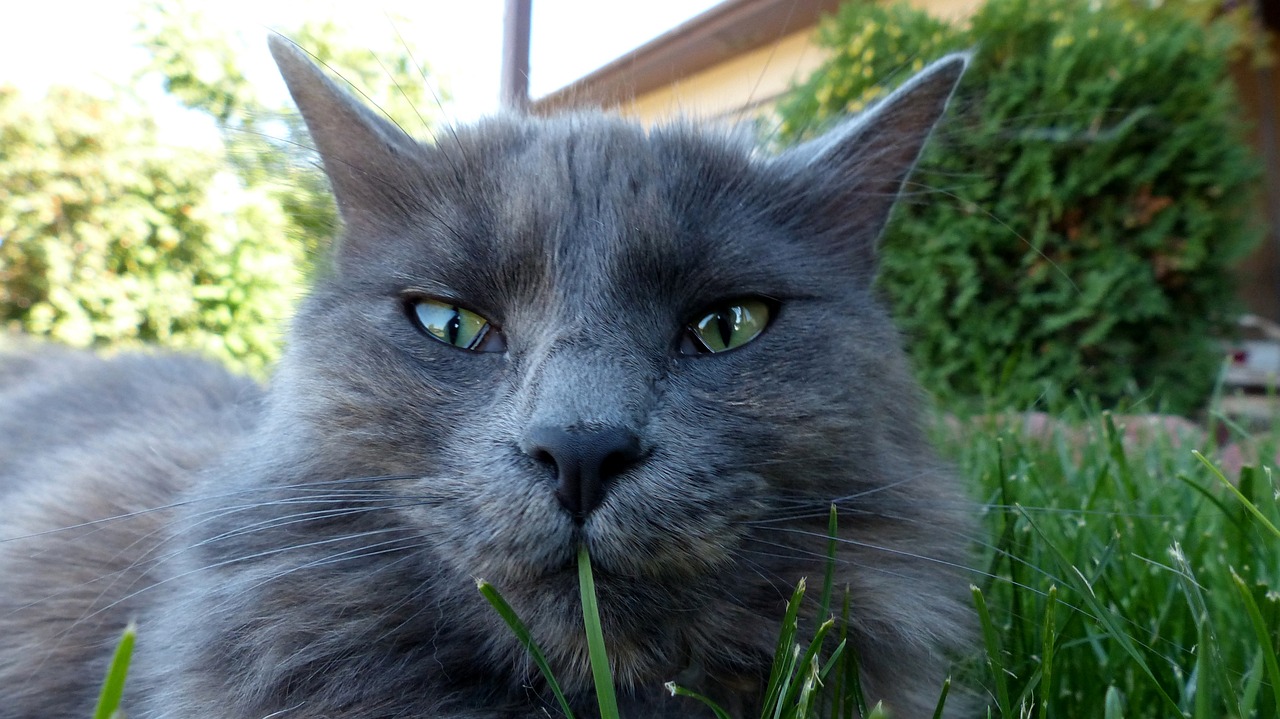 But I think Navy meant Smoky 😛