Sandy’s Backstory that Cat with a Twist

Clicky uwu
Randomly thought of this game, so take it 😛

So how you play this game, it’s like Backstory that Cat, but with a twist! If you dunno what backstory that cat is, it’s exactly like what it sounds like! You think of a backstory for a warrior cat with their name. For example: Dogfoot. Dogkit was named because his dead rogue mother was chased by a dog, and a clan cat saved him. Later on Dogpaw learned his mother was killed by a dog, he decided to seek his revenge. When dogs invaded BirdClan, Dogpaw fought them off single-pawed, he was called Dogfoot for his battle skills. Yep, bad story I know 😛

But this time, the twist is I link a music video, and the lyrics are the cat/s backstory/s, and you have to give the cat/s a name, purrsona, backstory based on the song. Simple, right? 😛

Also dw, I’ll put the lyrics in this game as well, so you don’t have to search for them! 😛 And the songs don’t have curses ofc! ^^

If you have a certain song you’d like to see in this game, lemme know! :3

ROUND ZERO WINNERS
Me >:)

ROUND ONE
Just note my song choices aren’t like everyones 😛

BONUS
If this song reminds you of a canon warrior cat, put that to in to perhaps get a bonus point!

The next round of my Warriors themed choose your own adventure game is out! Have fun!
https://blogclan.katecary.co.uk/2017/10/25/happy-birthday-hazelspots/image1/

0
Reply
Smoke That Fills The Air Through Winter Fireplace (Smokeypaw)

I decided I’m not going to do GTC for this round
Please tell me in the comments whether I should continue GTC or not!

I’m gonna do an NTA for this round too!

Good luck!! Tell me if I should switch out one game with another, or remove a game or something.

Round 9 Results
Starshine by Crystalpaw!
Moonfeather by Silverfeather!
Twighlightmoon- Pale blue she-cat with deep purple eyes, and a black belly, chest, paws, and tip of tail by Icestripe!
Shinerose by Frostcrystal!
Shimmerdrop by Rabbitflame!
Shootingstarstreak- A SkyClan cat who was so good at jumping that he looked like a shooting star, so that is how he got his name (he was as born Silverkit) by Brightshine!
___

The Cold Hall of Fame!

I just want to quickly thank everyone for playing. You made my day! And if you don’t get a point, no worries! You’ll get one next time! Good luck and have fun!

So last rounds winner was……. Brambletiger by Silverwolf!
———
Leaderboard 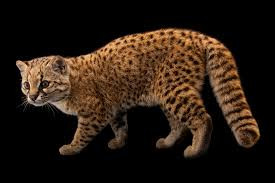 Please name this one with a Warrior name!

I’m thinking of a slender, very pale silver-gray she-cat with unusual blue eyes.
I am allowed to answer yes or no questions!

Congratulations to Midnight for guessing correctly! It was Aspenfall!

Oh no! Swanfeather was murdered! Who, or what, was it?

(2nd repost)
Play Create The Best Clan! (I know the title sucks, you could get an extra 3 points for suggesting a better one) You have to create a clan and I will choose who wins (it’s not as boring as it sounds, it explains better on the secret page). This weeks theme is nature!
Click here to play:
https://blogclan.katecary.co.uk/2018/07/26/exploring-one-of-my-favorite-what-ifs-if-honeyfern-had-never-died-by-sky/555eb28734963e3cecad948d11b2b067-dbjsiho-png/#comment-1008723

(More explanation on the page)

starting game this Sunday join while you can!

It’s one you might now, truth truth and lie warrior cats edition

So here’s how it’s going to work, we are not starting yet I need people to sign up first, I will wait a week then I will close the sign ups

RULES
I will have a wheel to randomly select who will do the truth truth and lie . People will have 2 days to guess which is which

First we will be doing level 1, the prophecies begin series. For the person who gets chosen they will spin a wheel to see which cat you have to talk about with the 3 traits, if you are unable to do so your out of the next round. If you fail to do so again your out of the game for level 1.

the points work in 2 ways

If the caller succeeds to allude everyone they get 2 points, if they allude half they get one

I will also be participating so you guys don’t steal all the fun!

So I make sure to put your character in if you want to play!

The beginning
Silverstar: “Gemwhisper… Wrenfeather has died. You may be one of the suspects, but I trust you the most. I want you to find clues on who killed my deputy. May Starclan be with you.”
Gemwhisper (You): “Yes Silverstar.”

What everyone said on Day 1:
Silverstar- “I have no information.” *Silverstar said this seriously. So it’s obvious it’s not her.*
Turtlepelt- “I can’t believe someone would do this. Killing our deputy… I’m pretty suspicous about you. Well everyone does think your a little suspicous. You do have white fur. Shellgaze and Dustcloud said when they found the body they saw white fur in his claws. But it could be anyone one with white fur. Anyways Good luck finding the murderer!” *she said happily. But her smile slowly faded and she continued sorting herbs*
Dustcloud: *You find Dustcloud by Wrenfeather’s body still mourning. Dustcloud doesn’t feel talking to you right now, probably try again on Day 2*
Shellgaze: “Yeah we found white fur in Wrenfeather’s claws. Dovefeather was sleeping in the warriors den with me. Before all this drama happened.”
Nutbranch- “Yes I know that I have white paws, but that doesn’t mean it’s me. Also besides Wingkit wanted to tell you something when he heard you where searching for the murderer. I wonder what he wants to say to you. Anyways I shouldn’t keep you busy. Good luck.”
Sleeppelt- *You find him sleeping in his moss bed in the warriors den. Probally try talking to him on Day 2*
Dovefeather- “Now I’m old. I used to be able to sneak attack but I can’t do that anymore. Cause I’m old.” *Try talking to her on Day 2*
Chivenut: “My brother is spending a long time mourning for his apprentice. I’m worried about him. Also Wingkit wanted to talk to you.”
Snowdance: “The whole clan is grieving for Wrenfeather. These are desperate times for our clan.”
Willowbrook: “Wingkit had something to tell you”
Wingkit: “Finally you’re here! I want to tell you something in private.” *he lead you to the farthest corner in the nursery away from his mom and sister* “Ok so I was awake when Wrenfeather was killed. He was killed last night. I-I didn’t see who killed him but I saw their eye color in the dark. Their eye color was amber. I just wanted to tell you that.”
Dawnkit: “I was asleep when Wrenfeather was killed. So was my brother and everyone else in the clan. Or I could be wrong.”

*It is night time and you head to the warriors den and you sleep in your moss bed.*
To be continued. (I will post the second part later.) Also who do you think is the murderer so far? I will only say the answer after I post the second part. So stay tuned!